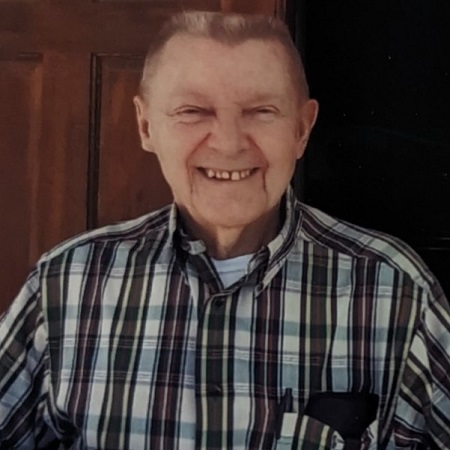 Victor Carlton Richie, 89, of Whitesboro, Texas was called to his heavenly home on Tuesday, August 9, 2022.

Victor was born on January 27, 1933 in Garards Fort, Pennsylvania to Victor and Freda (Robinson) Richie. In September of 1950 Victor left home at the age of 17 to join the United States Air Force.  He was a junior in high school at the time, he completed his schooling in the Air Force and graduated with his class in 1951.  He completed his basic training at Lockland AFB in San Antonio, after basics he was sent to Reese AFB in Lubbock.  There he met the love of his life, Miss. Alma Ruth Myres.  At the tender age of 18 and 16 they were married in the home of her preacher on March 31, 1951 and they have continued their love affair for the last 71 ½ years.  They went on to raise two children together and to build an amazing life on their farm in Whitesboro.  While in the Air Force Vic received extensive training in aircraft and electrical mechanics on planes.  Victor worked 10 ½ years in civil service at Reese AFB and then he went to work for Braniff Airlines for over 16 years, in total he spent over 40 years working on aircrafts.   In 1974 Victor and Ruth bought their farm in Whitesboro, there they were able to indulge their love of ranching, riding horses and growing things.  They found a home in Corinth and had it moved to the land in Whitesboro and Victor and their son Mike worked together putting the home back into shape for the family.

Funeral services honoring Victor will be held at 10:00 AM on Saturday August 13, 2022 at Meador Funeral Home of Whitesboro, officiated by Rev. Sid Hunter. Interment will follow at Bolivar Cemetery in Sanger, Texas.  A time of visitation for family and friends will be held from 6:00 PM to 8:00 Pm on Friday, August 12, 2022 at Meador in Whitesboro.