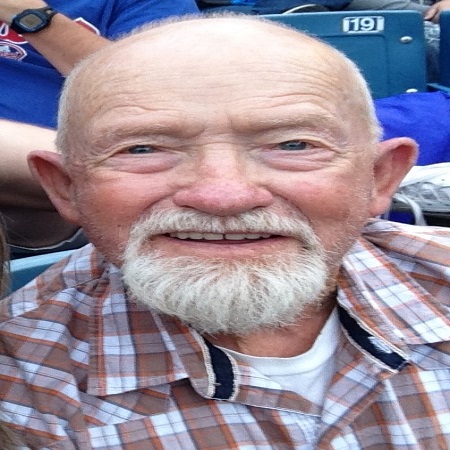 On the 23rd day of January, Tommy P. Richardson, Sr. was called home to his Lord and Savior, from the comfort of his home, while surrounded by his family. He was 88 years of age and resided in the small town of Prairie Point where he was born on November 26, 1932, to John J. and Lyndel Penton Richardson.

He was joined in wedlock to the love of his life, Betty Ann Meyer from Forestburg, on November 11, 1955. Together, they had five children. Patricia Arlene Brown, Tommy P. Richardson, Jr., Judy Richardson Hachtel, Brian Todd Richardson, and Rebecca Ann Phillips.

A graduate of 195 of Era High School, the former football player was later inducted into the armed forces. One of his fondest memories was serving time in Japan before being honorably discharged. After he and Betty wed, Tommy owned his own tile business before moving back to the place they would call home in 1964. Upon returning to Prairie Point, he helped his family members and friends with love and pride, often partnering or doing business with them, and eventually became a cornerstone of the community and surrounding areas for over 56 years.

Although Tommy was skilled in carpentry, plumbing, and electrical work, the handyman would prefer to be known as a farmer, a hobby he loved passionately. Since 2009, he took to writing and has since published three of five books of the Henry Jakes series, loosely based on tales he heard from his father and grandfather as a child from across the north Texas area. In the last year, this Farmer/Author created another short series entitled LASSO, to be in print in the near future. If you knew Tom, you knew he had a story to tell, and loved to tell his stories to his nieces and nephews, grandchildren and great grandchildren.

Tommy was preceded in death by his wife, Betty Ann Meyer on March 31, 2006 and son, Brian Todd Richardson, on January 16, 1985, as well by his mother and father, siblings; Dan C. Richardson, Johnny R. Richardson, Wynell Nolan, and Treva Trigg.