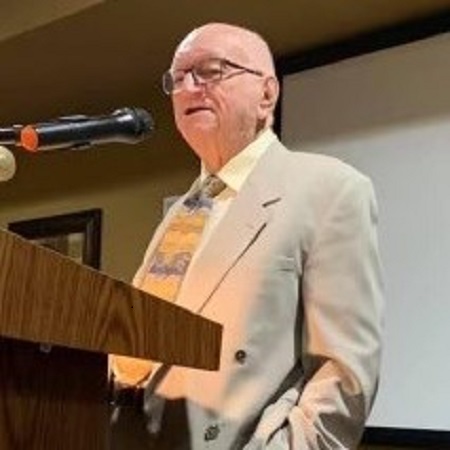 Stanley Glen Daniel was born on October 29, 1930 to Thelma and Richard Daniel of Gainesville Texas. He was a graduate of Decatur Baptist College, Oklahoma Baptist University, and Southwestern Baptist Theological Seminary. He met the love of his life, Martha Nell Fox, and they married in 1952. They were married 65 years. He pastored churches in Texas, Mississippi, Oklahoma, Indiana and Arizona.

Stan was preceded in death by his parents, his wife, and his best friend, Charlie Graves.

Stanley was known by hundreds simply as “The Preacher” or Brother Stan. He loved his family, his flock, and his Lord. He is now with Nell. He will be missed so very much by all who knew him.