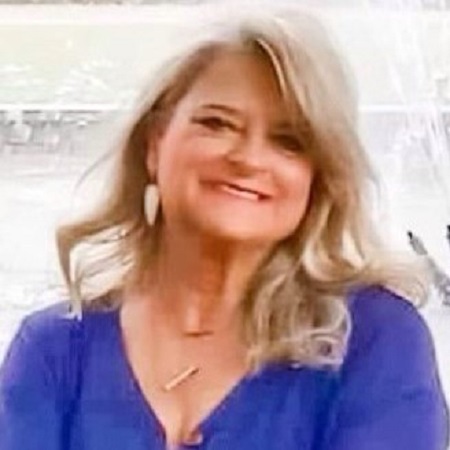 Shelley Leigh Sandmann relinquished this world on November 18, 2020. Breaking the mold, she was born on August 17, 1963 in Eastland, TX to Clyde and Dorothy Moore. After graduating from Whitesboro High School in 1981, Shelley then attended East Texas State University with a track scholarship. Shelley worked for L Watkins Transportation Services for many years. Later, she worked to become a certified realtor and ultimately partnered with her husband in property management. A longstanding member of the Whitesboro community, she served the town and her neighbors in many ways including the Whitesboro Rodeo Club and as a member of Central Baptist Church of Whitesboro.

Shelley’s proudest legacy was her family and the connections made with all those blessed to know her. She had a big, loving heart and used it often. Cheerleader, used by many to describe Shelley, is most fitting. Leading those she adored with cheer, love, and positivity, she had the spirit and vocal range to make any and all listen and believe. She wore her heart proudly on her sleeve and left no one to question her love for them. To know her was to love her.

Happily married to her loving husband, Roger Sandmann for 13 years, he gave her the world – literally. They loved to travel, making memories and friends wherever they went. Their humor, love and thirst for life was a magnet for those around them. The beach was Shelley’s own personal paradise. Of all their destinations, Roatań will always hold a special place in their heart. A second home Shelley and Roger were able to experience one last time before her untimely departure.

Mom, Shelley’s most important title and greatest blessing. There is nothing she wouldn’t do for her two girls and she showed that every day. She was someone that shared in their big achievements and small moments, someone they laughed with and cried to. More than just mom, she was their best friend, role model, confidant – she was their biggest champion.

One of Shelley’s most prized roles was that of Lele to her 11 grandloves. Having enough grandbabies to make her own football team, Shelley still made time to show each of them how special and loved they were with activities such as one-on-one days during the summer, lunch at school, coaching basketball, and cheering them on at all their events. She was the greatest Lele and world’s best PTO GrandMom.

There is no better friend than a sister and there was no better sister than Shelley; and no better pair than Becky and Shelley, our very own Thelma and Louise. God made them Sisters, but love, laughter, tears and many memories made them best friends.

She fancied jewelry, high heels, and bling as bright and bold as her personality. Shelley danced like everyone was watching. And they did, wherever she went, be it in the streets of Italy or a little dive bar in Dallas. The magnitude of the loss felt is a testament to the love, the light, the legacy that is Shelley Leigh Sandmann.

Visitation will be held from 6-8 pm on Friday, November 27th at Meador Funeral Home, Whitesboro. Funeral service is scheduled for 2 pm on Saturday, November 28th at First Baptist Church Whitesboro, followed by interment at Dixie Cemetery. A reception will then be held at FBC Fellowship Hall. Reverend Rick Carney will officiate the ceremony. Contributions in Shelley’s honor can be made to St. Judes Children’s Hospital.