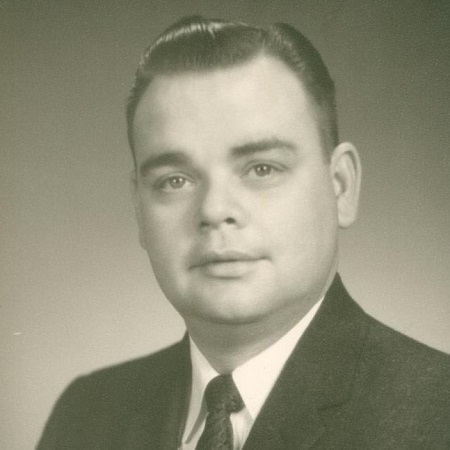 Born in a humble field of simple beauty to James Edward Moran and Bessie Modell Scarbrough in Red Branch, Grayson County, Texas, on May 16, 1930, Sam was younger brother to Pauline and the first and only son of his parents.  He grew up loving the land, devoted to his mother, and gifted in diligently breaking horses for his father’s quarter horse business.  He could add a song or joke to lighten any workload.  He transitioned from a one-room schoolhouse to the Air Force in the early fifties, serving four years during the Korean war as an aircraft mechanic and airflight instructor.  The GI Bill opened the doors of Texas Tech University where he earned his bachelor’s degree in Industrial Engineering.  He married his first wife of 24 years Betty Claire Wylie in Whitesboro, Texas, on August 23, 1958.  To his dismay, his “tractor drivers turned into cheerleaders” when he was blessed to have two daughters, Elizabeth Ann Moran DiMarco born November 8, 1968, and Mary Kathryn Moran Lee born July 1, 1974.  He is also survived by his caring son-in-law, Christopher DiMarco and four wonderful grandsons, Gabriel Dae-Sung Davis Lee, Joshua Dae-Hyun David Lee, Samuel Christopher DiMarco, and Ethan Dae-Eun Daniel Lee.  As an Industrial Safety Engineer for Employer’s Casualty Insurance Company of over 30 years, Sam undertook the challenging task of assessing work sites post-accident with tremendous skill and insight in investigation, problem-solving, and fairness.  Throughout his career, he continued to apply his heart and energy to caring for his parents’ homestead yielding hay, pecans, and a thriving cattle business.  He tinkered almost constantly with fixing up cars, trucks, and tractors for resale.  Perseverance, tenacity, frugality, and impeccable work ethic are his legacy.

He was preceded in death by his parents, his sister, stepson, Brian Hicks and stepson-in-law, Steve Garner.

He took pride in fulfilling his duty to provide for his loved ones.  Throughout his life journey, he faithfully claimed Romans 8:28 that “All things work together for good for those who love the Lord and are called according to His purpose.”

We hope you are listening to some of your favorite honky tonk tunes with Jesus on the other side, Daddy.

Graveside services honoring Sam will be held at 2:00 PM on Friday, November 26, 2021, at Mt. Tabor Cemetery in Sandusky, officiated by Rev. Jim Cragg.  A time of visitation for family and friends will be held one hour prior to the services at Meador Funeral Home of Whitesboro.