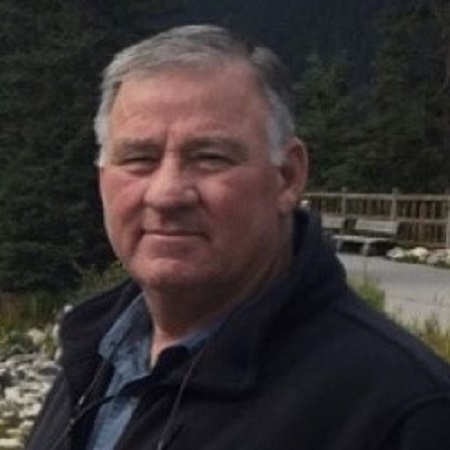 Roger Dale McDaniel, 65, Of Collinsville, Texas was called home to his Lord and Savior on Wednesday, January 27, 2021.

Roger was born on December 20, 1955 in Dallas, Texas to Billy and Wanna Fay (Cate) McDaniel.  He graduated from Tom Bean High School in 1974 where he participated in football, track, and basketball.  Roger graduated from Grayson County College with his HVAC degree. He met Myra Robin Keller in Tom Bean, Texas in March of 1975 and presented her with an engagement ring on her 18th birthday.  They married on August 14, 1976 in Garland, Texas and celebrated 44 years of marriage in 2020.  He worked for Maintenance of Way for Frisco Railroad from high school graduation until 1982.  In August of 1995, Roger and Robin started McDaniel Heating and Air in Collinsville.  He had a passion for the work and being able to serve all his customers well.  He enjoyed traveling with the family, his dogs, and a good bowl of Braum’s Ice Cream.  Roger accepted Jesus Christ as his Savior on September 12, 1979 at Northwest Baptist church in Sherman, Texas.  He is a long-time member and Deacon of First Baptist Church Collinsville. Roger loved Sunday lunches with all his kids and grandkids.  He was a hard worker who always put others and his family before his own needs or wishes.

In lieu of flowers donations may be made in his honor to Home Hospice of Grayson County, Disabled Veterans of America or any local school or city youth sports programs.

In accordance with CDC guidelines, masks and social distancing will be required during visitation and service times.

Funeral services honoring Roger will be held at 1:00 PM on Monday, February 1, 2021 at First Baptist Church Collinsville, officiated by Rev. Jerry Davis and Rev. Rick Carney.  Interment will follow at Collinsville Cemetery.  A time of visitation for family and friends will be held on Sunday, January 31, 2021 from 6:00 PM to 8:00 PM at Meador Funeral Home of Whitesboro. The services will be live streamed on Facebook Live for those unable to attend.

For God so loved the world that he gave his only begotten son, that whosoever believeth in me should not perish, but have everlasting life. John 3:16

Jesus said to her, “I am the resurrection and the life, He who believes in Me, though he may die, he shall live”. John 11:25