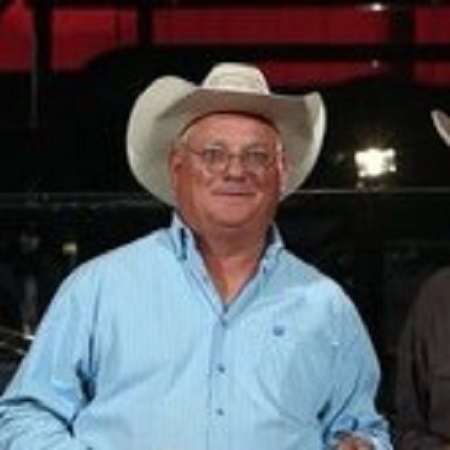 Robert (Robbie) Lynn Schroeder, 62, passed away on December 30, 2020.  He was born on December 17th, 1958 in Beaumont, Texas and was the youngest son of Ferdinand (Boots) and Jean Schroeder. He is survived by his wife Jennifer, son Ryan (Katie) Schroeder, grandchildren Kamryn and Rawson Schroeder, step-daughter Jenna (Jeremy) Barbour and numerous brothers, cousins, nephews, nieces and extended family.

Robbie developed a passion for animals at a young age and was quickly known for riding anything with 4 legs that would not stand still. In kindergarten, he trained his first horse—a Shetland pony named Chico. It wasn’t long after Chico, that Robbie acquired Hannah, his pet turkey. By the age of 12, he was breaking colts and riding horses with his uncle Johnny. As a teenager, Robbie rode bulls and rodeoed for several years. After high school, Robbie and his cousin, Black Schroeder, competed on the amateur and professional bull riding circuit before moving to North Texas in 1978. Over the next years, Robbie continued to grow his training career by working for some of the largest names and ranches in the industry. In 1989, Robbie moved to Gainesville, TX and officially opened the “The Schroeder Ranch” where he produced and trained some of the best horses in Western Pleasure, Western Riding, Reining, Cow Horse, Tie-down and Team Roping.

Robbie Schroeder will forever be recognized throughout the industry as a true horseman for all disciplines. He has conquered every event and has a proven show record of 100+ World and Reserve World Championships in AQHA, APHA, and APHC; the World’s Greatest Horseman Reserve Title, NRCHA Snaffle Bit Futurity Limited Open Champion and NRCHA Snaffle Bit Futurity Limited Open Reserve Champion. Amongst them all, in 1999, Robbie was awarded the AQHA Professional Horseman of the Year.

Robbie loved the horses he trained and the people he met along the way, but always had a passion for riding and raising bucking bulls. Throughout his life, Robbie maintained many bucking bull partnerships; most notably Kid Rock, Uncle Cracker, and the 2018 ABBI Derby Champion, Joker’s Wild.

Most recently, Robbie worked and trained horses on movie sets and television shows such as Magnificent 7, The Good Lord Bird, and the remake of Walker Texas Ranger while continuing to build his herd of bucking stock at his ranch in Whitesboro, TX. Despite Robbie’s many accolades inside the arena, his greatest joy and accomplishment was his family. He loved being Papa to Kamryn and Rawson, spending time on the ranch with his wife, Jennifer and helping friends and family along the way. From penning cows, hauling bulls, building fences, loaning trailers and breaking show steers, Robbie humbly gave his time expecting nothing in return and was never shy about saying how proud or how much he loved someone.

Robbie will be remembered as a great horseman, a champion, and for living life to the fullest. The thousands of stories recently shared are a testament of his love for competition, toughness, and resiliency. He will forever be an inspiration known for training great horses and helping to raise fine young men, but most of all, as one of the most caring and loving individuals to ever mount a horse or flank a bull.

Robbie Schroeder- A Life to Celebrate- will be held in the Summer/Fall of 2021.