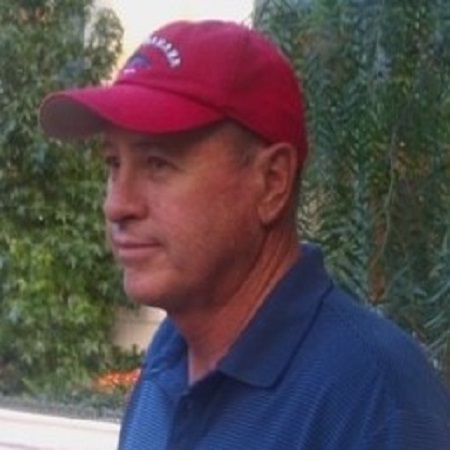 Randy Jon Sanders passed away peacefully at his home on July 9, 2021, after a valiant battle with kidney failure. He was born on September 27, 1947, in Sherman, TX, the only child of John Carl and Dimple Tura (Hackworth) Sanders. He grew up and spent most of his life in Whitesboro. He was a proud 1966 graduate of Whitesboro High School, having lettered in football, basketball, track, baseball, and tennis. Randy was a Real Estate Broker for 42 years and at the time of his death had a Real Estate License for 50 years at his family business, Sanders Real Estate.

Randy was a lifelong member of First Baptist Church, Whitesboro. He loved his church and the people in it. He had a strong faith and trust in God. There are so many people Randy cared about. If you were his friend or even an acquaintance, he had a sincere interest in you and in your family.

Randy had many interests. In addition to the well-being of his family and friends, he loved to travel—both near and far. He played golf most of his life with his lifelong friends. And he thoroughly enjoyed both dominoes and a good card game with his legendarily competitive buddies.

Randy was preceded in death by his parents, John and Dimple; his daughter, Stacy Jan Sanders Wrenn; his paternal grandparents, Mr. and Mrs. Jim Sanders (Pepaw and Gran); his maternal grandparents, Mr. and Mrs. A. C. Hackworth (Grandpa and Grandma); and all of his aunts and uncles. Randy is survived by his wife Diana; his son and daughter-in-law, Jon and Mandy Sanders; his son-in-law, Cory Wrenn; his wonderful grandsons (in order of birth) Jonathan Scout Sanders, William Parker Wrenn, and Jace Cameron Sanders. Randy is also survived by his cousins Dale Sanders, Gary Sanders, Nancy (Remley) Reisor, Marla (Remley) Pope, Jerry Hackworth, Sandra (Rogers) Burrow, and Janie (Rogers) Mouser, whom Randy viewed as a sister. He also leaves behind his wonder dog Buddy, his constant companion and source of many conversations.