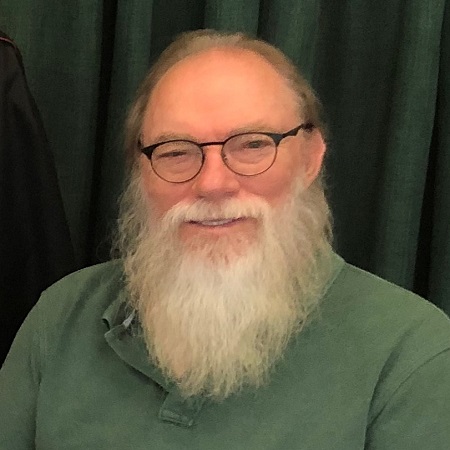 Ralph “Bob” Robert Skinner passed away on January 15th, 2023, at his residence. Memorial service will be held on Monday, January 23rd, 2023, at 2:00 PM at the Meador Funeral Home Chapel in Gainesville. Visitation will be held from 1:00 PM until service time.

Ralph Robert Skinner was born on February 9, 1957, in Henrietta, Texas. He was the youngest of 3 boys. He graduated in 1975 from Henrietta High School, where he played football and ran track. He attended Sheet Metal Worker school in Wichita Falls and Dallas and turned out as a Sheet Metal Journeyman in 1982. Bob later became a pecan farmer, and then straw bale home builder in the North Texas area.

Bob married Julie Moose on June 20, 1980, and they had one child, Rain Skinner, born in 1991. He loved being outside, watching the birds and enjoying the natural world. In later life, he took up woodworking. He absolutely loved music of all genres, and there wasn’t anything he enjoyed much more than going to a live music concert of one of his favorite bands, especially The Flaming Lips or The Avett Brothers.

Bob Skinner was the most courageous and honest man you could ever meet, kind and generous to family, friends, and strangers. He loved conversing with people about their lives and philosophies. His strength in the face of life’s challenges was inspiring to all who knew him.

He is survived by his wife Julie Moose Skinner of Gainesville, TX; child Rain Abigail Skinner of Norman, Ok; brothers David Skinner of Tulsa, Ok and Andrew and wife Julia Skinner of Ponder, TX; nephew and family Evan Skinner and Lindsy, Holland and Remi all of Elmhurst, IL; niece and her family Jess Skinner and Huck of Fish Creek, WI; nephew Will Skinner of Carrollton, TX; mother-in-law Martha Moose of Henrietta, Tx.

Bob is preceded in death by his parents Jack and Wilma Skinner. He is also preceded by other family members Fred Skinner and Bruce Skinner.

Memorials may be made to Thunderbird Clubhouse, Norman, OK or PFLAG Norman.