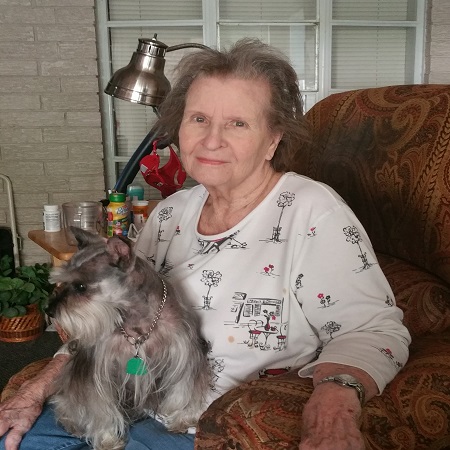 Funeral services for Rae Ann Davis, 85, of Gainesville, are scheduled at Hillcrest Church of Christ with David Gray officiating. Interment will follow at Valley View Cemetery. The family will receive friends before funeral (distance visiting) at 1.  Services at 2

She was born January 20, 1935 in Lois, TX to Tom Sterling and Dami Murl (Biggerstaff) Stephenson. Rae Ann attended Era and Valley View Schools.  Graduating from Valley View in 1953.  Rae Ann met Weldon Davis at a Sadie Hawkins Day function on February 29, 1952.  They married May 22, 1953, at Valley View Church of Christ.  At Weldon’s death in 2014 they had been married 61 yrs.  They enjoyed traveling in their RV all over America.  Rae Ann did most of the driving.  She enjoyed driving and would talk many times about how she could drive anywhere, because she had drove in New York City.  In her later years she even enjoyed driving the aisles of Walmart and visiting with people.

Survivors include:  sister-in-law, Wanda Cole of Sanger; sister-in-law Linda Davis of Gainesville and several nieces, nephews, cousins and many friends.

Special thank you to Wheeler Place, Hospice Plus, May’s Home Health and Local Hearts for their care.