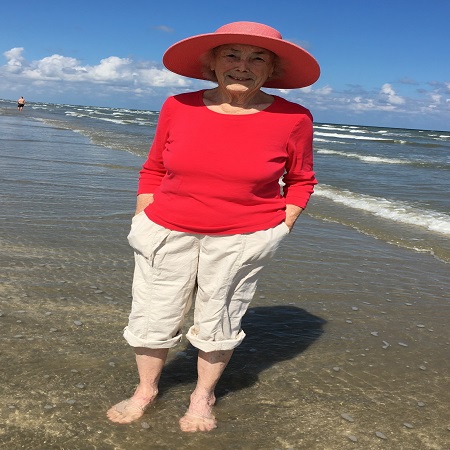 If you had any sort of relationship with Pauline Virginia Bashaw then you knew you were going to be well cared for and loved. “Nanny” as we all affectionately called her was born on March 19th, 1932, to Gordon Ralph and Lillian C Horton, in Bridgeport, Oklahoma. She was a tireless servant to others and everyone loved her in return.

By far the greatest beneficiary of Nanny’s love and care was her late husband Wesley Davis Bashaw, whom she married in August 1951. They were together for 67 years before his passing a few years ago.

Pauline and Wes got their start in insurance with the Baptist Life and Trans-American Insurance Agency, but Nanny found her true calling when they said yes to helping out with the youth group at Southside Baptist Church in Gainesville, TX.

She and Wes went on to do mission work along the entire Eastern Seaboard from Florida to Maine, along with Canada, Puerto Rico and Hawaii, with the North American Mission Board. She also served for six years on the Executive Board of the Baptist General Convention of Texas as a representative of the Cooke County Baptist Association.

In their long life together, the thing Nanny cherished the most was being mother to her two children, grandmother to four, great-grandmother to eleven, foster mom to fifty-five and CASA parent to three others. She also loved to paint and right up until the end you could find her in her room pushing paint across a canvas.

Nanny is survived by her son Bobby and daughter-in-law Kay, her grandchildren and their spouses, Kerry and Jennifer Bashaw, Kristy and Michael Covey, Carly and Allen McHenry, and Jaime and Chris Hantla; her great-grandchildren are Noah, Riley and Isaac Bashaw, Ella and Abby Covey, Kailey, Caden and Emma McHenry, and Layla, Asher and Abigail Hantla. She is also survived by her two brothers and their wives Wayne and Carolyn Horton, Waymond and Glenda Horton and her many nephews and nieces, as well as Bill Dozier and wife Donna, Robert Bashaw and wife Cindy.

Others that have gone before include her parents: Gordon and Lillian, husband Wes, daughter Linda Carol and her two brothers Vernon and Arnold Horton.

Nanny will be laid to rest next to Wes in the Fairview Cemetery in Gainesville, TX.

Funeral service will be on December 28th at 10am also at Meador Funeral Home Chapel.