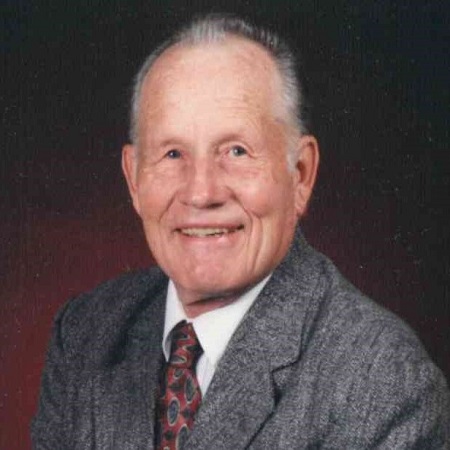 Miles Capehart of Whitesboro entered into eternal life on Saturday, August 29, 2020.  Funeral services will be held at 10:00 AM on Wednesday, September 2, 2020 at Meador Funeral Home of Whitesboro, officiated by Pastor Mike Flanagan.  Interment will follow at Oakwood Cemetery in Whitesboro.  A time of visitation for friends and family will be held on Tuesday, September 1, 2020 from 6:30 PM to 8:00 PM at the funeral home.

Miles was born December 25, 1928 in Whitesboro to Jack and Hazel Lewis Capehart.  He graduated from Whitesboro High School and North Texas State College (UNT in Denton). Miles married Betty Elaine Brown on December 22, 1967. He worked on a seismograph crew in Grayson County in the early 1950’s as well as working at the City of Whitesboro power plant.  In 1955 Mr. Capehart began teaching Industrial Arts at Whitesboro High School.  His teaching career of 32 years included classes in woodworking, drafting/mechanical drawing, electricity and aviation and World History.  A man of many talents, Miles was a master craftsman who was always building things that included go carts, hot rod, sailboat, motor boat, two homebuilt airplanes and numerous items of woodworking projects to inspire his students.  Having been raised in the Post- Depression era, he inherited the motto of his parents to “use it up, wear it out, make it do, or do without.”  Therefore, he became the ultimate “fix-it” man who loved the challenge to work on anything, especially with a motor or moving parts.  Miles was a member of the First Baptist Church of Whitesboro.

Following his retirement from the classroom, he enjoyed building black powder muzzle loading rifles, and built a scaled down version of a Civil War cannon.  Building and flying model airplanes was another challenge and most recently he enjoyed HO scale model railroads as he constructed the buildings and scenery to create a realistic layout of a small city that featured a replica of Whitesboro’s former depot.

Miles is survived by his wife of 52 years, Betty Elaine Brown Capehart; daughter Crystal Barnes and her husband, Vito; 3 grandchildren, Caleigh, Harlee and Jackson Barnes all of Whitesboro and cousin Sherrill Simpson Murray of Kingfisher, OK.

He was preceded in death by his parents and sister, Jackie Capehart.