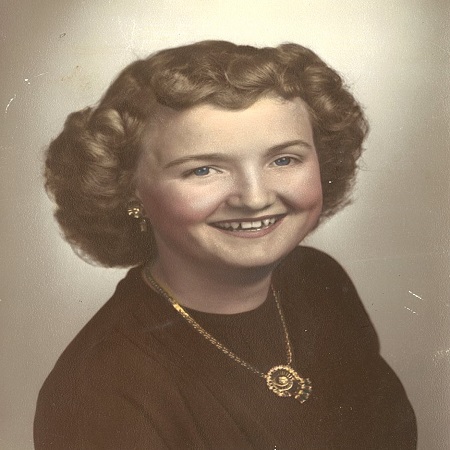 Funeral service for Linda Wynell Richardson Nolan, 88, of Prairie Point, TX will be at 10:00 AM, Saturday, September 21, 2019, at the Prairie Point Church of the Nazarene with Bro. Jack Smith officiating. Burial will follow at the Rosston Cemetery. Visitation will be Friday from 6:00 PM to 8:00 PM at the Meador Funeral Home.

Linda was born on February 8, 1931 in Prairie Point, Texas to John J. Richardson and Lyndel Penton Richardson the fourth of six children. “Nell” died September 17, 2019, in Prairie Point in the home where she was born over 88 years earlier. She attended Ross-Point school and graduated from Era ISD in 1948. Nell married Jimmie David Nolan in August of 1951. Nell worked for the Gas Equipment company of Dallas and retired from there. After living in Denton for many years Jim and Nell returned and moved to Nells home place. She worked in the community and attended the Prairie Point Church of the Nazarene. Nell was a 25 year member of the Ross-Point Extension Education Association Club where her grandmother and mother were members. She was also a member of the Ross-Point Community Club where she held various offices. Jim and Nell traveled in their RV all over the US after retirement and attended many blue grass concerts and festivals.

She was preceded in death by her husband Jim of over 50 years, her parents, brothers Dan C. Richardson Sr, Johnny Roy Richardson and sister Treva Richardson Trigg.