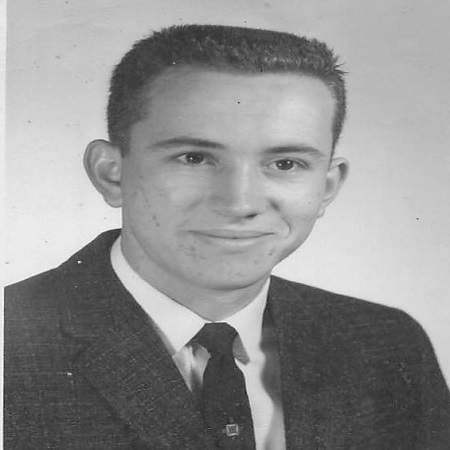 Lawrence was preceded in death by his father, Claude, in 2003 and his mother, Doris, in 2007.  He is survived by his brother, Ronald Nathan Hunt of Sherman, Texas and his daughter, Susan Denise Hunt Higgins and her husband, Mark Edward Higgins and granddaughter, Sarah Nicole Higgins of Gainesville, Texas.

Lawrence, or Larry, was very active in school activities growing up, such as: baseball, basketball and FFA.  His father, Claude, was a Baptist minister and they lived in different places according to where the Lord called them (Sherman, Denison, Bonham and Duke, Oklahoma).  He graduated high school in 1957 from Denison High School and continued his studies at Decatur Baptist College where he received an Associates Degree in 1959.

He married Helen Smith of Bonham in 1961.  Then, in 1963, he enlisted in the United States Air Force, completed his basic training at Lackland AFB and then was assigned to duty as an Accounting Finance Specialist at Sheppard AFB in Wichita Falls.  In 1965, Larry and Helen welcomed a daughter, Susan to their family.  He received an Honorable Discharge as an Airman 2nd Class in 1967.  He continued his education at Midwestern University where he received a Bachelor of Business Administration in 1970.

After retirement, Larry continued his lifelong learning with the Slidell Baptist Seminary where he completed all the courses offered.  He had a very extensive knowledge of the Bible and always had a Bible study course going.  He also dedicated quite a bit of time to teaching ESL (English as a Second Language) classes at Northlake College in Irving.  He really enjoyed the Spanish language and culture.  Larry liked to spend a lot of time riding his mountain bike on several trails in Arlington and Irving.  He would often keep a log of wildlife spotted along the way.

He always loved to tell you a joke or have a funny story to make you laugh.  He will be remembered fondly and missed greatly.