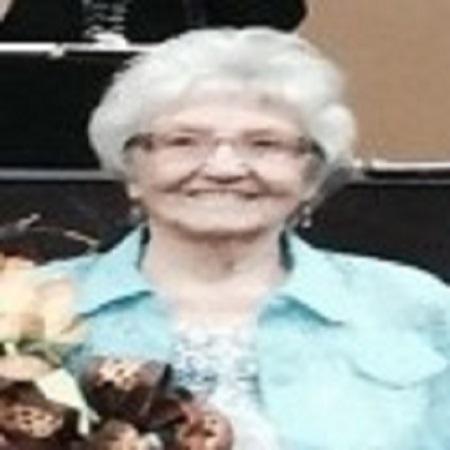 Kathleen Marie Melton, 95, of Gainesville, passed into the arms of her Loving Saviour, a place she had always yearned for, on the morning of June 10, 2020, surrounded by her loving family.

Services will be held on Friday, June 12th at 11:00 A.M. at Crossroads Baptist Church in Gainesville with Pastor Randy Taylor officiating.  There is no formal visitation, but the church will be open at 9:00 A.M. for viewing before the service for family and friends to come and pay their respects.

Kathleen was born on May 23, 1925, in Maxey, Texas, to Alfred and Mabel Brown, on a hardscrabble farm, where she worked picking corn, cotton, milking cows and hoeing weeds. This family became the cornerstone of one the most devout and largest Christian families in Northeast Texas.

Kathleen married Billy Melton in June of 1943, in Maxey, Texas, and with this union 4 children were born.  Kathleen and her husband scratched out a living on a farm in Tigertown, Texas for several years, before moving to Gainesville to work at a new manufacturing plant named National Supply. The hard years on the farm were over for them in Northeast Texas, and Gainesville had become their new home.

It was during these prosperous years of the 60’s and 70’s and raising her children that Kathleen delivered prescriptions for Watts Pharmacy, and also began a clothing store business named “The Fair Store” in which she worked in tirelessly until its closing in the mid 1970’s, many times giving away clothes for free to families that were on hard times.  In 1964 Kathleen and her husband Billy were charter members in what is now known as Crossroads Baptist Church, to fulfill a desire to serve their Lord and Saviour Jesus Christ, whom both had accepted early in life.

It was through this new church that Kathleen and Billy witnessed to and counseled countless numbers of young Christians, through example and teaching, also providing finances to keep the struggling church alive in the early and lean years.

Kathleen often told stories of her early childhood of riding in wagons to church, attending Church services out in the wide open, living on very little means, making their own clothes, raising their own food, but through it all always trusting the Lord.  It was during this period that a work ethic was created that was used in being a servant of the Lord.  She often felt that it was the only talent that she possessed so she was going to be the greatest servant she could be. Countless numbers of people in Gainesville have gained a saving knowledge of Jesus Christ due to Kathleen being the Lord’s Servant.

She was proceeded in death by her Husband Billy in 1986, a Brother Aud Brown, 2 sisters, Margaret Lassiter, and Mildred Julian, 2 grandchildren, Lisa Murray and Rhonda Murray.

The family would like to thank everyone for all their prayers and support.  In lieu of flowers people can donate to the Crossroads Baptist Church building fund in Kathleen’s memory.