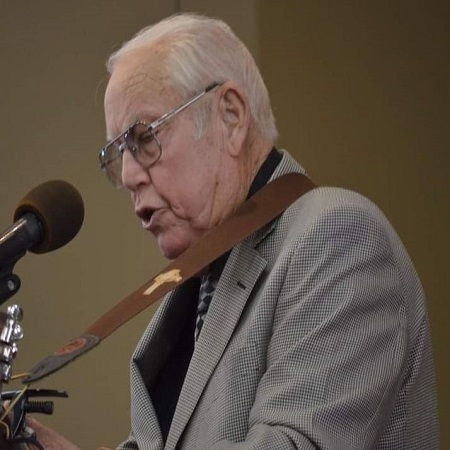 Johnny was born on July 10, 1935 in Grant, Oklahoma to Alfred Clifton and Stella May (Keith) Flanagan.  He married Nelda Kaye Brooks on July 9, 1964 in Lubbock, Texas.  He was a longtime member of Legacy Point Baptist Church formerly Central Baptist Church of Whitesboro.  He enjoyed riding horses and driving tractors.  He was an artist and had over 50 sketches in his art portfolio.   Johnny’s passion in life was serving the Lord as a Music Evangelist since 1969.  He loved to sing and play music and was a composer of over 500 gospel songs.  With his music he was able throughout his lifetime to bring the word of Christ to many people around the world.  He received two honorary doctorates in his life one for Sacred Music and one for Divinity.  He was a man with a love for the Lord and his family and one with a wonderful sense of humor.

Johnny was preceded in death by his parents, A.C. and Stella Flanagan, five brothers and a sister.

Funeral Services honoring Johnny will be held at 2:00 PM on Tuesday, June 1, 2021 at Legacy Point Baptist Church, officiated by Dr. Joe Patterson, Rev. Lyndel Lee and Dr. David Bryant.  Interment will follow at Nelson Grove Cemetery in Callisburg.  A time of visitation for family and friends will be held at the church one hour prior to the funeral service.  Arrangements are under the direction of Meador Funeral Home of Whitesboro.