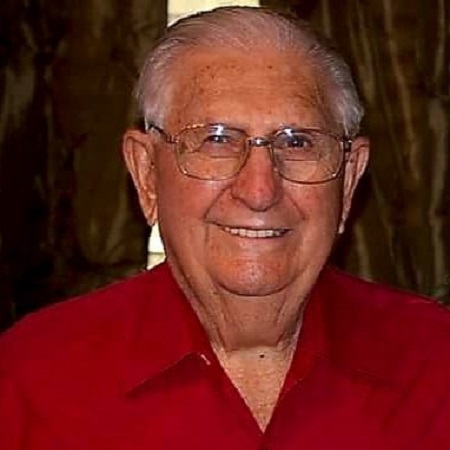 Johnnie Lee Morale, 98, passed away on Friday, November 19, 2021 at his home in Gordonville, Texas.  Funeral Services and Visitation honoring Johnnie will be held beginning at 1:00 PM at Meador Funeral Home of Whitesboro.

Johnnie was born on Monday, November 27, 1922 in Dallas, Texas to Joe and Louise Morale.  He grew up working with his two brothers and one sister in their family’s grocery store.  After his father passed, his family ran a laundry service.  Johnnie joined the Army in January 1941 and served in World War II in General Patton’s 3rd Army.  He heroically stormed the beaches in Normandy on D-Day and also served in Northern France, Rhineland and Central Europe.  He was honorably discharged in December 1945.  After serving his country, he worked at Bell Helicopter where he retired in 1985.  Johnnie enjoyed his retirement with family and friends in Sherwood Shores where he was famous for his amazing homemade Italian spaghetti sauce.  He had an infectious personality and was known for having never met a stranger.  He met his wife Wanda Morale while doing what he loved, dancing at the Pace Setter.

He is preceded in death by his first wife, Margaret, his second wife, Melba Jean Aldridge, his sister, Betty Dunn, his brother, Tony, his brother, Joe and his great niece, Toni Smith.