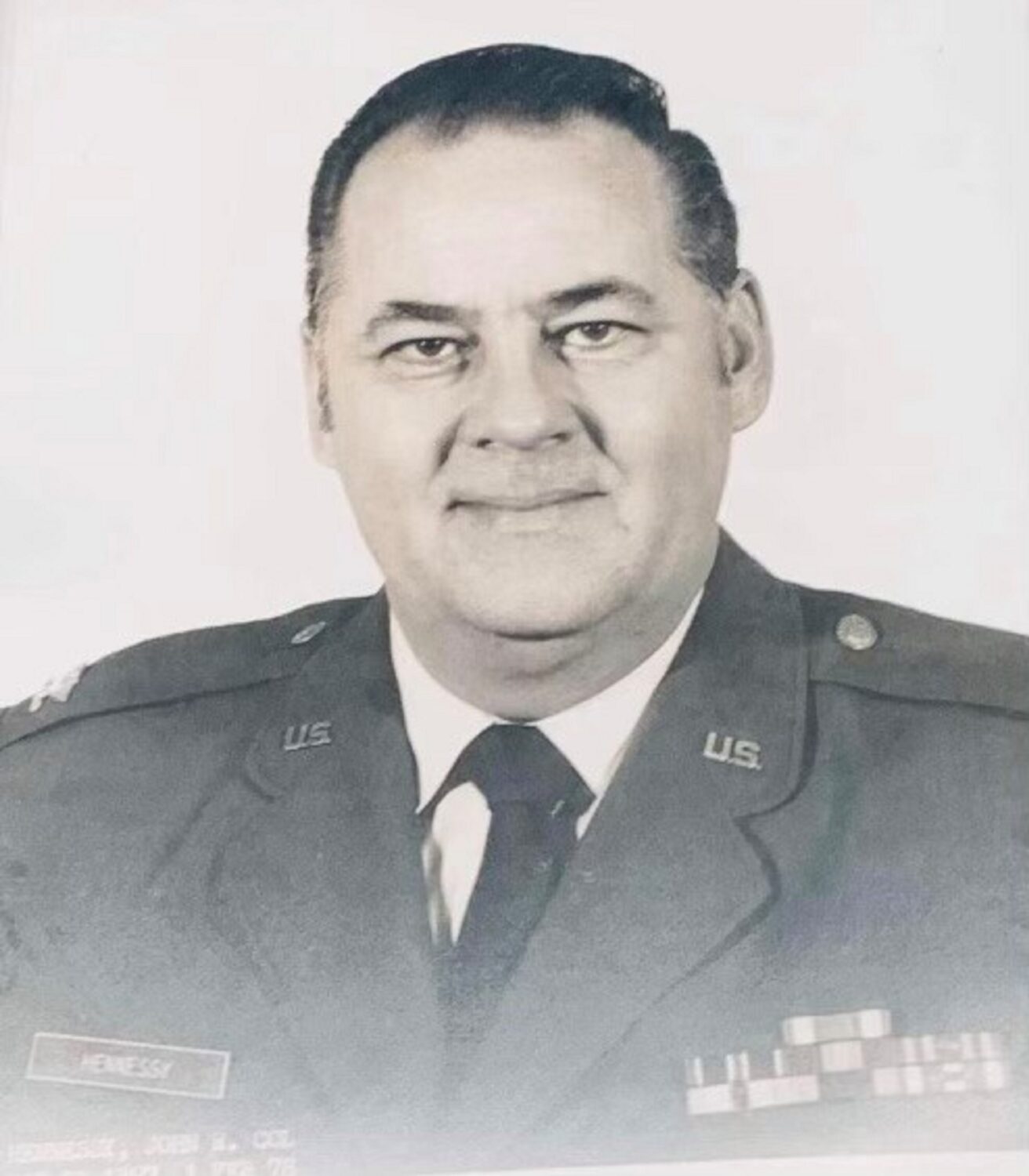 John was born March 16th, 1932 to John Thomas and Aline (Gimpel) Hennessy in Louisville, Kentucky. He was raised in Chicago, Illinois until High School and he then attended Marmon Military Academy in Aurora, Illinois. He graduated from Southern Methodist University January 1954. John served in the US Air Force as 2nd Lt. Commission in 1954. He served active duty from April 1954 to April 1956. He spent 30 years in the Air Force Reserve where he achieved the rank of Colonel. Upon retirement he was awarded the highest peacetime medal “Legion of Merit”. John married Beverly Jean Whyburn Hennessy on September 5, 1953 in Dallas, TX.  They had four children; John, Sharon, Carolyn and William. He later married Ann Watson Hennessy on February 21, 1990 and he became the step-father to Marti Crayton and Debra Whitworth, Ann’s daughters. They were happily married until her death, August 20th, 2015. John worked for Texas Instruments Credit Union where he served on the Board of Directors for 3 years (1968-970) as Chairman of the Credit Committee.  He purchased property at Lake Kiowa in 1968 and later built a home in 1971 where he lived until his death.  He served on the Lake Kiowa Property Owners Association on the Board of Directors for 3 years.  He later served as Vice President (mid 80’s) and President (1992-1994).