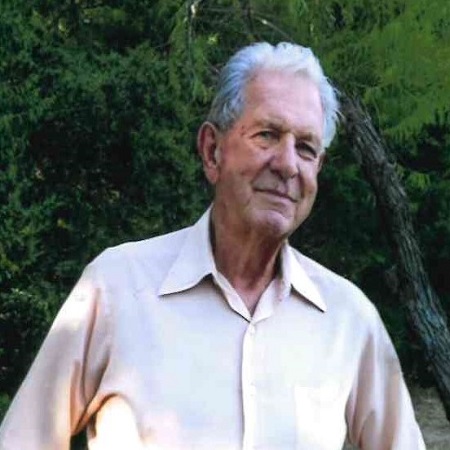 Joe Byron Cobler, of Euless, Texas passed away August 31st at his home in Euless.

Joe was born April 8, 1932 in Sherman, Texas to Joseph Lee and Lorena Cobler.  Growing up he worked along side his father on their farm, he also worked in his father’s business making propane tanks, with his father teaching him the art of welding.  After graduating from Sanger High School, he attended Arlington State College for three years.  There he studied electrical engineering.  In 1952 Joe joined the Marines and was assigned to the 7th Engineer Support Battalion in Camp Pendleton, CA.  After returning home, Joe worked for a few years at Trinity Industries in Ft. Worth as a welder.  In 1966, Wallace and Tiernan, an industry that made chlorine feeder equipment, hired him as a service contractor, this was the beginning of his lifelong passion.  After doing their start-ups of the equipment and repairs for four years, W&T set him up to be one of their stocking distributors.  That was how Cobler Sales and Service, Inc. was born.  Joe never retired.  On October 22, 1999 he married Elaine.  She worked in the office and traveled on service calls with him. Through work they traveled all over Texas, Arkansas, Louisiana, and Oklahoma.  In the early 2000’s a very dear friend, John Papalardo, asked Joe to sell, repair, and install Bermad Valves, which he did, as well as continue with W&T.  Joe and Elaine were able to go to the Evron Kibbutz in Israel where the Bermad Valves are made, there Joe received more training on the valves and while there they were given a tour of the Holy Land.  Joe and Elaine bought property in Pottsboro, Texas.  A place where Joe was able to go and work the land again as he had done as a young man.

Joe is preceded in death by his parents, Joseph Lee and Lorena Cobler.

Funeral services honoring Joe will be held at 2:00 PM on Tuesday, September 6, 2022 at Meador Funeral Home of Whitesboro, officiated by Pastor Novice Northington.  Interment will follow at Collinsville Cemetery in Collinsville, Texas.  A time of visitation for family and friends will be held on Tuesday, September 6, 2022 from 12:00 PM to 2:00 PM at Meador Funeral Home.