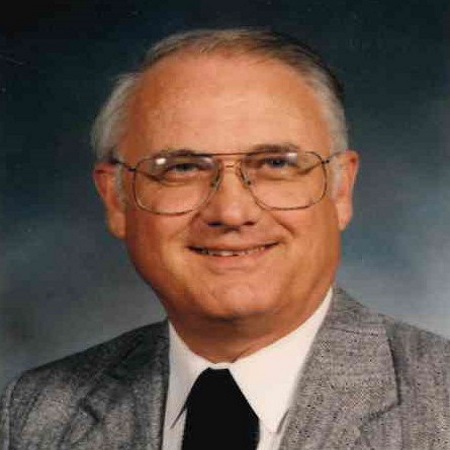 Jerry Douglas Dickson was born on January 3, 1940 to Douglas and Willie Mae Dickson in Decatur, Texas.  Jerry married Stephanie Stine on June 3, 1978.  Jerry was called home to be with the Lord on October 16, 2020 at Baylor Heart Hospital in Plano.

Jerry was a man who loved his family and God fiercely.  He grew up in Decatur and Jacksboro with his younger brother Ken.  They had grand adventures walking to friends’ homes, riding bikes and going to nickel movies throughout childhood.  Jerry learned to give to others from a young age.  His parents taught him that to give is to love your fellow man.  Jerry graduated from Jacksboro High School as a member of the class of 1958.  Jerry served in the US Army from 1961-1963 stationed in Korea.  After his service, Jerry earned his BS in education from the University of North Texas.

Jerry began his 31-year career in education in 1965, first in Lewisville as a chemistry teacher for one year.  He continued his education while teaching by earning his MS in Counseling from UNT.  He moved on to North Richland Hills High School as a chemistry teacher and then counselor for four years.  Jerry then sought out a new challenge as an adjunct professor at Prairie View A&M, Bishop Hills campus, for three years.  Public education and leadership were his passion, so Jerry returned to UNT to earn his MS in administrative leadership.  He then returned to Ferris High School as principal for five years.  Jerry met Stephanie while working in Ferris and their 42-and-a-half-year love affair began.  With Stephanie, Jerry was able to pursue all of his goals and dreams as a family man and professional educator.  Jerry served with dedication as Superintendent of Schools in Roxton for 2 years, Rotan for 4 years and finally Whitesboro for 11 years.  Settling in Whitesboro, Jerry raised his family with Stephanie with great joy.  Family time was filled with laughter and love.  Each summer was spent sharing his love of travel and exploring as a family.  Jerry shared his love of football with his son John and did his best to explain the game to daughter Jody.  Jerry loved to spend time hunting and later photographing wildlife on the farm in Jacksboro.  He and Stephanie loved traveling in their camper, finding new places to discover.  Jerry was an avid reader, crossword puzzler, and lifelong learner.  He loved and was active in his community as a member of the First United Methodist Church in Whitesboro.  He loved the fellowship of his church family.

Jerry is preceded in death by his parents, Douglas and Willie Mae Dickson of Jacksboro.

In accordance with CDC guidelines regarding Covid-19, social distancing and the wearing of masks will be observed during the service time.

In lieu of flowers, donations would be appreciated to the First United Methodist Church of Whitesboro, 122 S Union St., Whitesboro TX 76273, or UMCOR online at https://www.umcmission.org/umcor/give/how-to-give#Your_Gift or by mail to 458 Ponce De Leon Ave, NE Atlanta, GA 3038.