No services are scheduled at this time. 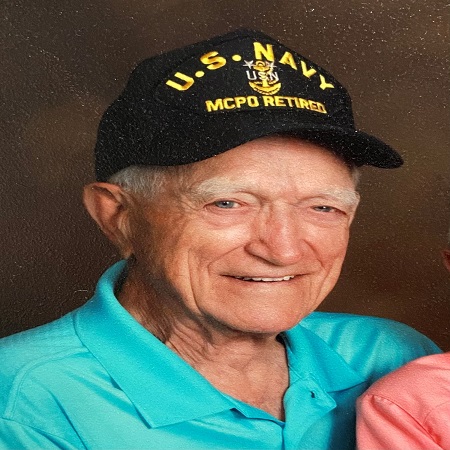 James Edwin Kelley, age 91, died peacefully at the Veteran’s Home in Bonham, Texas on December 16, 2022.  Born in Lakeview, Michigan on October 14, 1931, Jim lived in many small Michigan towns until he joined the U.S. Navy in 1948.  After serving nearly 30 years, he retired in 1979.  He achieved the rank of Master Chief Petty Officer after serving three tours in Vietnam and Cambodia.

James is survived by his wife, Marlene of 57 years and a brother, Norman as well as numerous nieces and nephews.  He was a member of the Kiwanis Club of Lake Kiowa, Texas after over 40 years of service to Kiwanis.  Jim was also a member of the American Legion, NRA, AOPA and FRA.

No funeral services are planned in Texas.  There will be a Memorial service in Michigan at a later date.

Condolences can be left on the Meador Funeral Home website; meadorfuneral.com