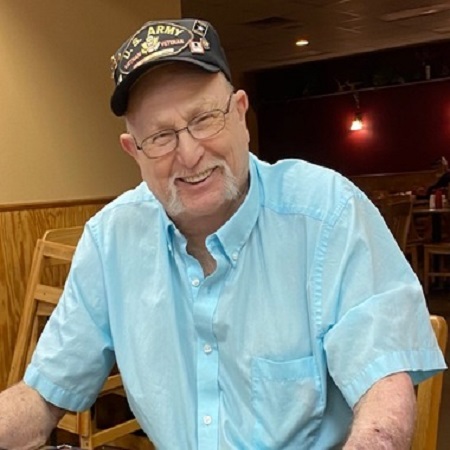 James “Dale” Barter passed on Tuesday evening in Gainesville, he was 70 years old. Born in Tipton Oklahoma, his family moved to Wichita Kansas where he graduated from Wichita North High School.
He was drafted and sent to Vietnam and devoted some 20+ years to military service in the Texas Army National Guard. In 1970, he married Florine Marie Kirkpatrick and they celebrated their 50th Wedding Anniversary this past March. Dale was a long-time resident of Gainesville, retiring after ten years from Webber Aircraft. He enjoyed fishing, wood-working and tinkering in his backyard shed.
He is survived by his wife Florine, three sons, Jerry Hoelscher of Wylie Texas, Travis Barter of Caldwell Texas, and Mike Barter of Levelland Texas and two grandchildren, along with a sister Marcia Mercer of Gainesville.
Due to the pandemic, the family will hold a memorial graveside service at a later date to be determined.

The family request that memorial donations be made to either the Alzheimers Association or the Cancer Society.