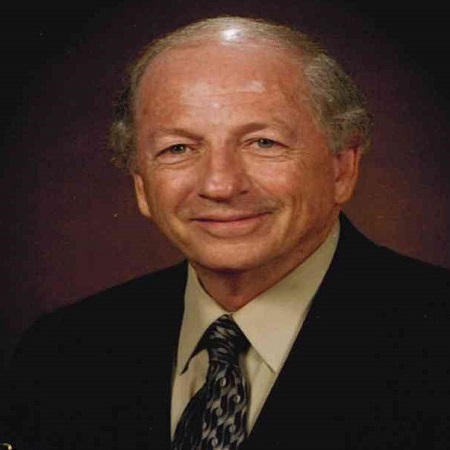 James Allen Moore was born to Glenn and Audra Moore on November 26, 1938.  He grew up in Gainesville, Texas with his younger brother, Glenn, as well as cousins, aunts, uncles and grandparents.  He graduated from Gainesville High School and went on to receive his Bachelors of Music Education from East Texas Baptist College (ETBU) and his Masters of Music from North Texas State University (UNT).  It was there he met Patsy Owens, whom he married on October 12, 1963.  They began their life together at Fort Leavenworth, Kansas, where he served four years active duty in the United States Army.

Jim and Pat Moore built their life together in service to others in schools, churches and the community.  Wherever you heard music being made, they were there!  He believed in making a “joyful noise” and could be found (and heard) singing anywhere and everywhere ~ even the aisles of the nearest grocery store.  He was especially proud of creating the elite group “Singers in Public”.  Criteria ~ break out into song in a public place!

The music career of Jim Moore spanned over 50 years with choral teaching experiences in junior high, high school, university, community and professional organizations.  He began his first choral directing experience as a high school student leader of his school’s glee club and seventeen-year old director of music in a Gainesville Baptist church.

He was Director of Choral Activities at East Texas Baptist University at his retirement and served as the choral director of Irving High School for multiple years.  He was the founding director of the Irving Chorale and served as Minister of Music in numerous churches every year of his life from the age of 17 to his retirement at the age of 74.  Jim’s choirs performed at conventions for TMEA, TCDA, the Texas Association of Music Schools, the Music Educators National Conference, the ACDA Southwestern Division Convention and the National ACDA Convention.  He conducted choirs on tours to Canada, England, Central Europe, Spain, Korea, Hong Kong, Macau, and Mainland China as well as presented choral worships and lectures in Brazil, Russia, South Korea, Hong Kong and China.

Jim’s life and loves were family and music.  He delighted in time with his children and grandchildren and considered his role as ‘Pops’ to be his most important.  Jim lived his Christian faith every moment of every day.  His life touched countless others through making music and serving others.  He truly believed that God gave everyone a voice to sing.  He considered it an honor to be a part of those experiences.

He is preceded in death by his parents, Glenn and Audra Moore.

Jim is survived by his wife, Pat Moore of Farmers Branch, TX;  daughters, Kelly Pfaffenberger and husband John of Farmers Branch, TX,  Kerri Hoang and husband, Scott of Coppell, TX; by grandchildren Isaiah Hoang and Madison, Ian and Reagan Pfaffenberger;  by his brother Glenn Moore and wife Darlene; and by a host of beloved nieces, nephews, cousins, aunts and treasured friends.

In lieu of flowers the family asks that you make donations in memory of Jimmy to the American Alzheimer’s Foundation of America.

A private family graveside service for Jimmy will be held at 10:00 AM on Tuesday, November 26, 2019 at DFW National Cemetery.  The family will hold a celebration of life service at a later date for friends and family.