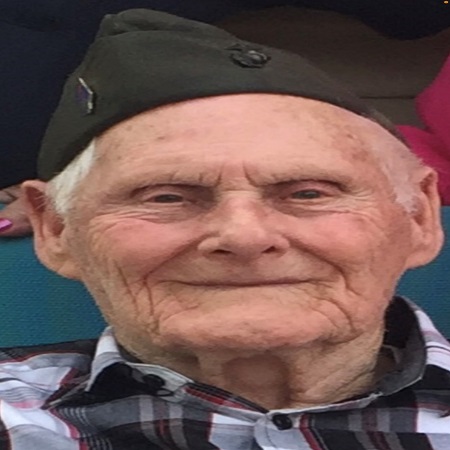 Harvey enlisted into the United States Marine Corps two weeks after the bombing of Pearl Harbor at age 16; three months shy of his seventeenth birthday. Harvey participated in the battle of Guadalcanal and Tarawa in the South Pacific, the Korean War, and the Vietnam War as a helicopter crew chief.

In civilian life he worked as an aircraft mechanic for various companies in the DFW area. Harvey retired from DalFort Aircraft in 1998 and moved from his home of thirty years in Valley View, Texas to Dale, Texas in 2005.

Harvey will be remembered for his teasing jokes, his wildly entertaining stories, his unfailing work ethic, his generous smile, and his willingness to help anyone in need anytime.