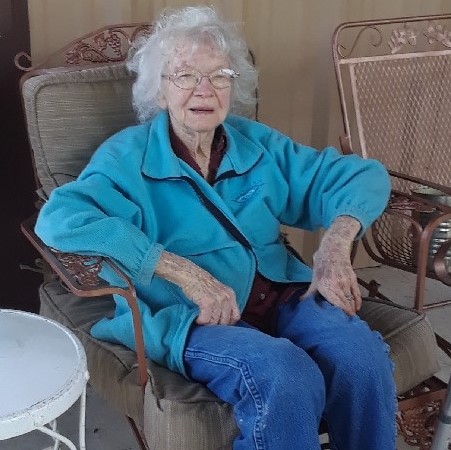 Dorthy Mae Lillard Horner,88, of Burns City, Texas passed away peacefully in her home surrounded by her family, friends and beloved pets on Saturday, September 25, 2021.  Funeral service will be held Tuesday, September 28, 2021, at 2:00 PM at the Meador Funeral Home Chapel with burial to follow at the New Hope Cemetery.  Visitation will be Monday from 6:00 PM to 8:00 PM, at the Meador Funeral Home in Gainesville.

She was born in Burns City, TX to J.T. and Alma Lillard on August 15, 1933. She married Jack Monroe Horner on August 18, 1951. Dorthy attended school in Burns City, Texas and graduated high school in Collinsville, TX. Among her many jobs she picked cotton in the cotton fields of Cooke and Grayson County, worked at Linda Jo’s Shoe factory, and retired from the Denton State School after 25 years. After retiring she enjoyed many wonderful years with her family and pets on the family farm.

She is preceded in death by her parents J.T. and Alma Lillard. Her husband Jack Horner. Her sons Jim Horner and Bill “BJ” Horner, her grandson Christopher Horner; her great-grandson Michael Anthony Martinez and her brother-in-law TJ Owens.