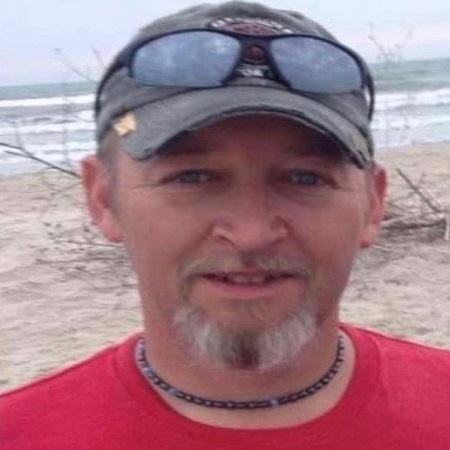 He was preceded in death by his grandparents, William J. and Dovie Woolsey of Whitesboro; Bissel and Ida Warren of Berryville, AR.; and nephew, Andy Warren of Grand Prairie, Texas.

Deion was employed By HCI Commercial Construction of Dallas, Texas as a Senior Project Superintendent. Through the years he had completed many certifications which include A/C refrigeration, OSHA 10, ProCore, and most recently completed his PMP (Project, Management Professional) certification. Deion worked on many projects throughout the United States during his almost 30-year career. Over the years, Deion served as a mentor to many construction workers. He was known for his willingness to help others learn and for the way he continually poured into others on worksites across the country.

Deion was passionate about adventure and travel. He loved mountain biking, motorcycles, fishing, kayaking, camping, and scuba diving. He had also completed his open water scuba diving certification. Because of his love for the outdoors and travel, Deion recently became a property owner in Colorado. He had dreams of spending time camping and watching wild horses with his family, whom he loved so much. Those who knew him well would attest to his devotion to his parents and daughters. It was not unusual for D to talk to his mother and father for hours at a time, almost daily. Deion made sacrifices for his girls throughout his life. Being a father brought him more joy than he could have ever imagined. Loving his girls as his parents loved him was a testament to Deion’s devotion as a son and father.

Funeral services honoring Deion will be held at 2:00 PM on Monday, August 8, 2022 at Jesus Christ Tabernacle Church in Gainesville, officiated by Rev. Jack Warren and Matthew Warren.  Interment will follow at Dixie Cemetery in Whitesboro, Texas.  A time of visitation for family and friends will be held from 12:00 PM to 2:00 PM on Monday, August 8. 2022 at the church.