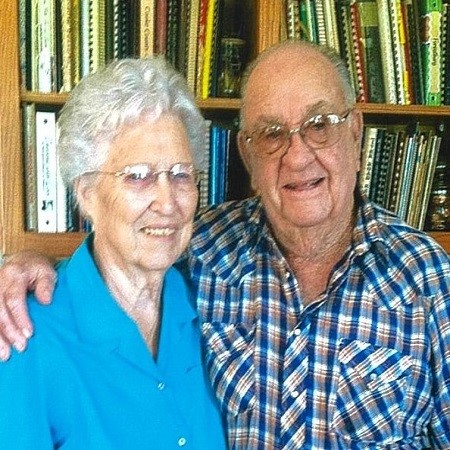 David Marshall Day, 92, passed away on August 31, 2019, in North Richland Hills, Texas.  A funeral service is planned for Saturday, September 7, 2019, at 1:00PM, at the Rosston Baptist Church, Rosston, Texas.  Interment will follow at Rosston Cemetery, where he will be buried next to his wife of 71 years, Jennie Day.

Mr. Day was born on February 24, 1927, in Dye, Cooke County, Texas, to David White Day and Minnie Mae Crowsey Day.  He married Jennie Que Henderson on January 19, 1947, in Gainesville, Texas.  Mrs. Day passed away in May, 2018 and the family is very happy that they are together again and he can hear her voice.

The family stated that he always said “To be richly blessed, a man needs a good home, woman and dog.”  He had all three.  He lived by the bible verse Romans 8:28 – “And we know that all things work together for good to those who love God, to those who are called according to his purpose”.

He was preceded in death by his wife Jennie, two sisters and two brothers.