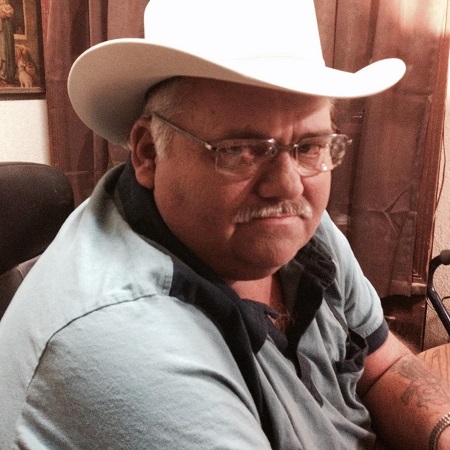 Charles Dewey Knight, 62, of Whitesboro, Texas was called to his eternal home on Thursday, May 26, 2022 at his home in Whitesboro.

Charlie was born on June 5, 1959 in Gainesville, Texas to Charles “Rat” Wayford and Patsy June (Wellington) Knight.  He was owner and operator of his own company doing hot shot hauling.  On July 25, 2020 he married his long-time love, Margenia Harwell at their home in Whitesboro.  He was a Christian man of the Baptist faith.  Charlie enjoyed hot rods, music, fishing and making people laugh.  He loved his family tremendously, especially the grandchildren.

Charlie was preceded in death by his father, Charles “Rat” Knight and son, Robert Charles Knight.

Funeral service honoring Charlie will be held on Tuesday, May 31, 2022 at 11:00 AM at Meador Funeral Home of Whitesboro, officiated by Rev. Joe Patterson.  Interment will follow at Dixie Cemetery in Whitesboro.  A time of visitation for family and friends will be held one hour prior to the service time on Tuesday at the funeral home.