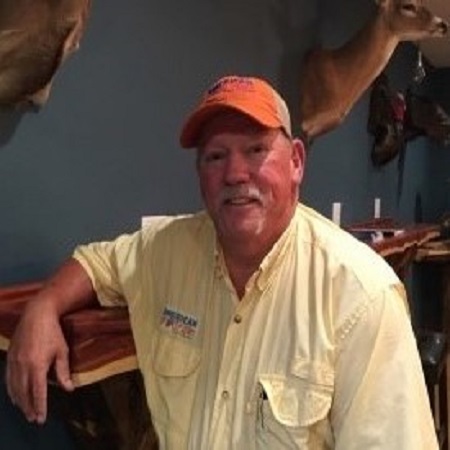 Charles Eugene Broyles, 63, of Whitesboro, Texas was called to his Heavenly Home on Monday, December 20, 2021.

Charles was born on September 15, 1958 in Hobbs NM. to Charles Wesley Broyles and Dolores Lee (Cortez) Broyles.  He graduated from Gainesville High School in the class of 1977.  He married Rhonda Wellington on May 27, 1978 in Whitesboro, Texas.  Charles retired after 32 years from Aviall Inc, and the last few years worked with American Sport Fish.  He was an avid outdoorsman, he loved to go hunting, fishing, and camping with his family and he enjoyed working in his gardens at home.  He and Rhonda were members of Bones Chapel Baptist Church, attending faithfully together.  Charles was a big Dallas Cowboys fan and on game days, he was ready to cheer on America’s team.  He was a man with a really big heart, one who would go out of his way to help anyone with anything, but his love for his family truly shined, he loved Rhonda and his boys very much.