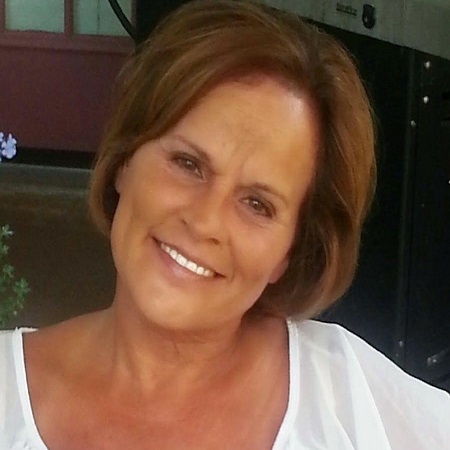 Carolyn Patricia Scott Williamson Martin, age 58, passed away unexpectedly at her home on November 22, 2021, in Argyle, Texas. She was born on March 15, 1963, in Albany, Georgia, to Bobby and Janell Henderson Scott. She and her twin sister Cathryn were fifth and sixth of seven daughters.

Carolyn was raised in Cataula, Georgia, and graduated from Harris County High School where she was elected Homecoming Queen her senior year. She dropped the homecoming part of the title, but she hung on to the queen part the rest of her life. She was proud to be the first in the family of seven girls to obtain a college degree. She majored in Kinesiology at San Diego State University.

Carolyn married army Captain Christopher W. Martin on March 12, 1988, at Fort Benning, Georgia, where Chris was stationed. Chris and Carolyn met somewhere on the road between the ocean beach in Florida and Fort Benning when Carolyn and a friend, and Chris and an army buddy happened to be travelling in the same direction on the same road in separate vehicles. They spotted each other while driving, finally met at a stop light in Panama City Beach, Florida, chatted briefly and it was love at first sight!

Chris was relocated to Kentucky and Carolyn, her four-year-old son Ryan and Sheba her German Shepherd packed up to move with him and literally joined the army too! Then along came son Nolan.

Carolyn easily fit in as an army wife and loved every minute of it. In the meantime, Chris was promoted eventually becoming Colonel in the U.S. Army. Carolyn, being an officer’s wife, became responsible for other military wives, many of them in their late teens and early twenties, where she was comforter, surrogate mother, counselor, mentor, etc. particularly when the husbands were away in training or deployed. This she did all the while Chris was himself away for training or deployment in Bosnia, Iraq, Italy, and Germany.

She actually was a professional at packing up and moving and unpacking.  She moved twice to Fort Hood, Texas, to Fort Campbell, Kentucky, to Virginia, to Pennsylvania, Germany, Italy, Georgia, San Diego, California, and Illinois,

Carolyn was wife, mother, homemaker, sister, and friend to many. Chris and her sons were the hub of her life later to be joined by her beloved grandchildren. She and her twin sister had the special bond that only twins can experience, and they spent as much time as possible together throughout the years. Carolyn was passionate about photography, collecting old cameras, collecting Polish pottery, watching her flower garden flourish, and reading People magazine.

Services are under the direction of Meador Funeral Home in Gainesville, Texas. Rosary and visitation will be held Sunday, November 28, 2021, from 6:00 to 8:00 pm at Meador Funeral Home, 1204 E. California Street, Gainesville, TX. Mass of Christian Burial will be on Monday, November 29, 2021, at 10:00 am at St. Peter’s Catholic Church, Lindsay, Texas. Interment will be at DFW National Cemetery on Dec 7.