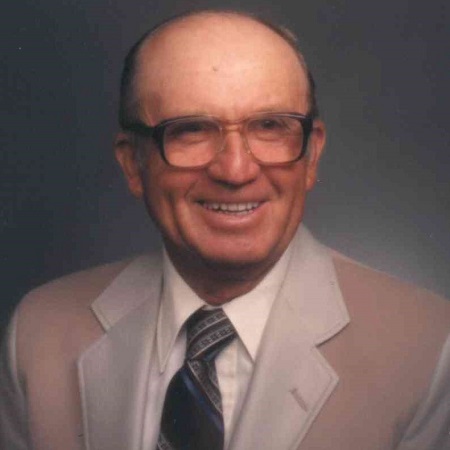 Boyd Milton Conaway, 95, of Sadler, Texas slipped into the arms of Jesus on May 2, 2021 to meet his beloved wife Danna of 73 years.

Born February 28, 1926 to Roy and Delia Green Conaway of Dexter.  He attended school in Dexter and Gainesville.  Boyd joined the US Army during World War II.  His basic training was in Ft. Knox, Kentucky, training in the Tank Core Division.  He was sent to the Philippians and Japan in the Asiatic Pacific Theater, working with the 217th Quarter Master Repair.  After discharge from the army, he married Danna Dickerman in 1946.  They moved back to the family farm in the Dexter Community and continued working the farm until 1951.  The family moved to Southmayd and Boyd went to work for Line Material for the next 26 years, during this time he bought a farm between Sadler and Southmayd where he was able to continue his lifelong love of farming and raising cattle.  Boyd was a devoted Christian man, adored by family and friends.  He attended Southmayd Methodist Church until its closure, where he served as Sunday School Superintendent, Song Leader and Sunday School teacher.  After its closure he joined Sadler Methodist church, serving in many capacities.

He was preceded in death by his beloved wife of 73 years, Danna Dickerman Conaway, son, Jimmy Conaway, his parents, sister, Cleta Conaway Dove, brother, and sister-in-law, LeeRoy and Lenora Mae Conaway and his son-in-law, Ronald Gann.

Funeral Services honoring Boyd will be held at 11:00 AM on Saturday, May 8, 2021 at Meador Funeral Home of Whitesboro, officiated by Rev. Kathy Corley, Rev. Doyle Henderson and Rev. Rick Carney.  Interment will follow at Kendall Chapel Cemetery in Southmayd.  A time of visitation for family and friends will be held on Friday May 7, 2021 for 6:00 PM to 8:00 PM at the funeral Home.