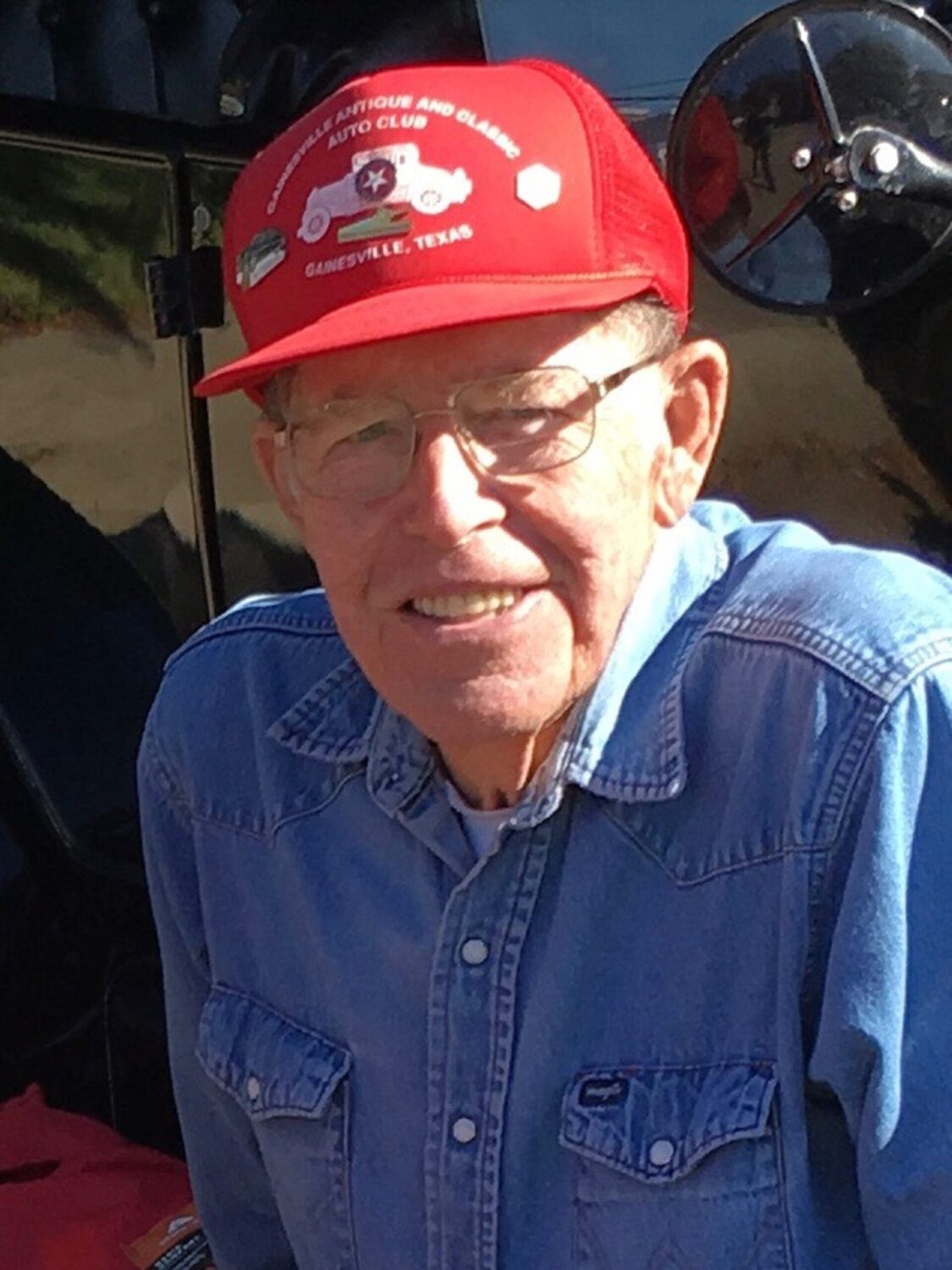 Bob grew up in Burns City with several other Johnson family members and enjoyed making many memories throughout the years. After getting married Bob and Bobbie moved to Blue Mound to raise their family.  Bob worked at the local post office and transferred to Gainesville Post Office in 1978 where he worked the remainder of his career before retirement.  He enjoyed walking around town, delivering mail to the community, and talking the homeowners when he stopped by.

Bob always had a love for antique cars and has owned several of his own including: 1925 Essex this was his first classic which he still owns today, 1956 Ford 4Door named Pinky, 1953 Hudson Hornet, 1935 Terraplane, 1949 Hudson Pick-up, 1963 Ford Pick-Up which was his grandson Dylan’s first pickup, 1968 Chevrolet Camaro which was Cindy’s first car, 1964 Mercury Comet which was Wayne’s first car, 1926 Model T Touring; amongst others throughout the years.

In lieu of flowers or plants please send donations to Cooke County Home Hospice 1311 N Grand Ave. Suite 100 Gainesville, TX 76240; the love and care the ladies showed for Bob during his last few weeks on earth did not go unnoticed and was greatly appreciated.