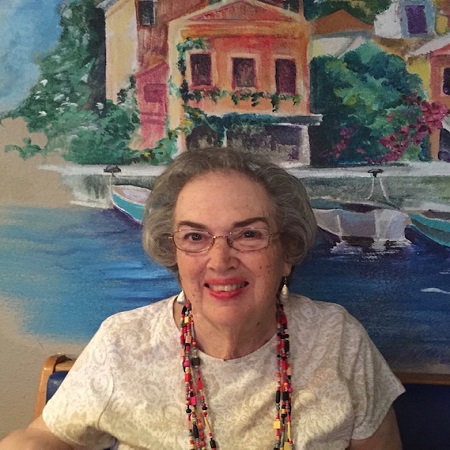 Betty Ann Cordell passed away September 12, 2019 in The Woodlands, Texas. Betty was 80 years old born on January 31, 1939 in Fort Worth, Texas. Arthur P and Zora Banks Smith of Dallas, Texas adopted Betty from the Edna Gladney Home. Betty graduated from Sunset High School in Dallas in 1958, attending college at Arlington State College and then East Texas State University graduating with a degree in History and English in 1962. In May 1962, Betty married Carlie Joe Cordell of Sadler, Texas and they were married for 34 years, until Carlie Joe’s passing in 1996.

Betty taught at S&S High School teaching English (Freshman-Senior), History, Speech and Theater class starting in the early 70’s. Betty finished her teaching career at Howe High School.  In the mid 70’s Betty was teaching world history at S&S and just so happened to find an article looking for home/host families who would sponsor a high school student, from a foreign country, for a school year. Betty volunteered her family and set off an extended family of children in her home from Denmark, Finland, Sweden, the Netherlands and Germany. The program was such a success that during a few years there were as many as 10 students from around the world at S&S and surrounding high schools. The end result changed the Cordell family and Sadler for the better. Betty also brought a love of the arts to the two high schools where she taught. Many years were spent instructing students in debate, persuasive speaking and writing and many other literary events to compete in Texas UIL local and up to state competitions. But her was passion was drama. Three times she led troops to the state competition – 1980 The Tortoise and the Hare, 1987 The Magicians Nephew and 1989 The Wizard of Oz. But many of Betty’s former students remember her best for the recitations she made each student learn – that still can be recited today!

When not teaching and on into retirement, Betty loved to travel. Often the response to a trip would be “for how long and when”! During her life she has seen most of all 50 states and many trips that she would lead to Europe with high school students every summer. Travel with her husband; her daughter; her grandchildren; college friends; co-workers; with strangers doing Elderhostel trips. Trips to Australia, Turkey, Sweden, Greece, Italy, France, to her beloved England and so many places in-between are just too numerous to list in entirety.

In lieu of flowers, donations can be made to the American Cancer Society, the Alzheimer’s Association or the charity of your choice.