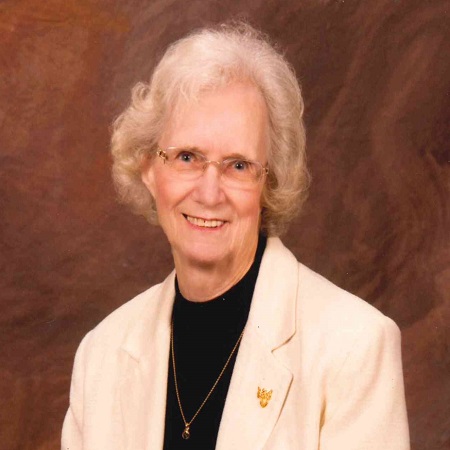 Audrey attended the Stamps School of Music during the summers as a teenager and was an accomplished pianist, playing music by ear as well as sight-reading written music. She also played the accordion and the organ.  She married Otis Lee Proffitt on November 1, 1942, and they were married for 54 years until his passing in 1997. Audrey spent much of her life as a minister’s wife, and was dedicated to her church and her community. She was a devoted wife to her husband and a loving mother to her daughters.  She continued to keep music as a part of her life. Her daughters recall that road trips meant singing, whether or not they wanted to be involved! Audrey had a talent for cooking and sewing, and enjoyed entertaining members of the family’s church congregation in their home.  She was a faithful member of Commerce Street church of Christ in Gainesville.  She worked at the Whitesboro News Record as a typesetter, and later worked in the office of Dr. Galewaler, and retired from Wilson N. Jones, where she worked in the business office.