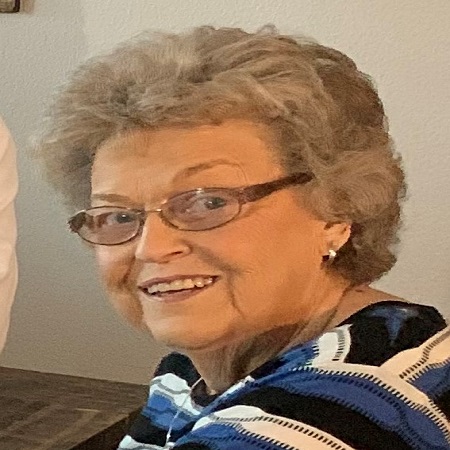 Ruth (Pollard) Rogers, 77, of Gainesville, Texas was called to her Heavenly home on Wednesday, April 8, 2020. There will be a private family graveside service on Monday, April 13, 2020 at 2:00 PM at Fairview Cemetery in Gainesville with Rev. Darrell McIntyre officiating. There is no visitation scheduled.

Ruth was born on February 23, 1943 in Slidell, Texas to Samuel and Jennie (Garrett) Pollard. She married Don Rogers on October 29, 1982 in Gainesville. Ruth shared with the world a big personality, along with her love of God and her family. Ruth was lovingly called “Nanny” by her family and was any child’s “Nanny” that she met.  She loved flowers, watching the Texas Rangers and the Oklahoma Sooners, but most of all she loved spending time with her family.

Due to the federal restrictions in place at this time, services will be for immediate family members only.