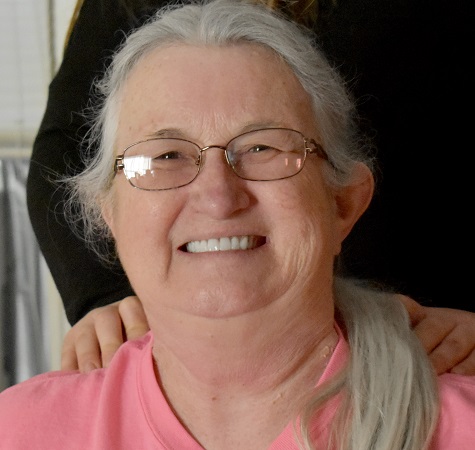 Patricia Ann “Trish” Lowry, 66, of Collinsville, Texas, was called to her Heavenly home on Friday, November, 12, 2021. She was surrounded by her children, husband, and sister when she left this earth.

Trish was born on January 9, 1955 in Grand Prairie, Texas to Donald and Barbara (Warlick) O’Neal. As the eldest of four children, she shared a special bond with her siblings. She was the one to call when they needed anything from advice to prayer.  Trish was a Christian and her greatest joy was sharing her love of Jesus with others. When she taught herself how to play piano by ear at age 12, she promised to use her talent to glorify God, and only Him (and sometimes Santa Claus).  On November 23, 2004, Trish married Marvin Lowry, whom she lovingly called “Merv.” Together they created a blended family full of love. They both followed their calling into the ministry, and together pastored Abundant Grace Church in Kingston, Oklahoma with Trish playing piano, singing, and teaching Sunday School and Merv delivering the sermons.  Trish loved being a mother and always put her children first. Connie and Robert were her main source of pride. That is until she became a grandmother. She was named “Neyna” by her first grandchild, Anna. She loved being a Neyna, and cherished every moment with her grandbabies. Neyna did many special things for them, like making homemade pancakes, fried potatoes, pickle shots, or chicken and dumplings whenever they came over. No matter what, you could always go to Neyna’s and leave there much happier (and fuller) than when you came.  Trish called her children on a daily basis and sometimes talked to them for hours. They could get her going and she would laugh that contagious laugh that was so powerful, you would actually start laughing like that, too. You could always tell when one of them was talking to their Mama. She enjoyed taking care of her children, even when they were grown and on their own. Connie and Robert always knew they could depend on their Mama.  Following in the footsteps of her mother, Trish LOVED Christmas and made each year special for her family. She always went above and beyond to share the joy and gifts of Jesus’s birth, and she started shopping ridiculously early. Right now, she has all of her family’s Christmas presents already wrapped and ready to be put under the tree.  Some other things Trish loved: Lay’s potato chips, Blue Bell ice cream, popcorn from the movie theater (She would actually send someone into the theater for popcorn but not a movie.), Jimmy Swaggart, endlessly worrying about her kids and grandkids, red koolaid, Vicks Vapo Rub, Amazon, Sprite from McDonald’s, Peppermint Twist from Bath and Body Works, making her bed every single day, Facebook, not being able to sleep if there’s a dirty spoon in the sink, doing Robert’s laundry, making up her own words, visiting nursing home residents, and watching the local news.  She touched the lives of so many around her, and even some of those she did not know. She was the one everybody called when prayer was needed. She kept a detailed prayer journal with every request and updates on when the prayers were answered. Your name is probably written in there somewhere. Each and every night, she “talked to God” and prayed for hours. Her relationship to God was the most important one in her life, and she hoped to lead others in that same direction.

Trish was preceded in death by her parents, Donald and Barbara O’Neal, and brother, Ronald Gene O’Neal, who died at birth.

A time of visitation for family and friends will be held on Tuesday, November 16, 2021 from 6:00 – 8:00 pm at Meador Funeral Home of Whitesboro. Funeral services honoring Trish will be held at 2:00 pm on Wednesday, November 17, 2021 at Meador Funeral Home of Whitesboro, officiated by Rev. Marvin Lowry, Rev. Ruth Shelly, Rev. James Daniels, and Rev. Rick Carney. Interment will follow at Macomb Cemetery in Whitesboro.