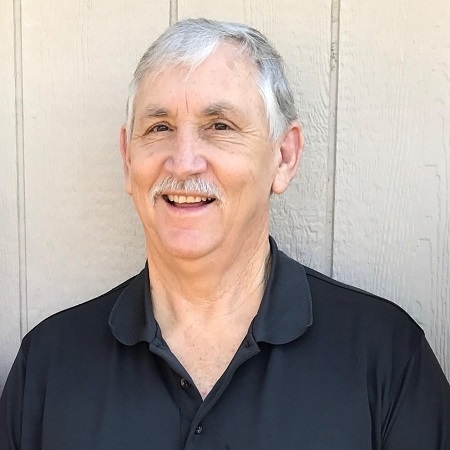 Dan Fallin was born on September 24, 1955 to Andrew Jackson Fallin and Loretta Rushing in Dallas, Texas. After Dan graduated from South Grand Prairie High School in 1974, he went on to run several successful contracting businesses. He also served as a Desoto Police Officer for many years. Later in his life, he devoted his time to public service serving on the Collinsville ISD School Board for nine years.

In 1973, Dan met Gay Lynn Maynard after a fortuitous prank call. Dan and Gay went on to have two children, Amanda and Katherine.

Dan was predeceased by his father and mother and beloved father-in-law Robert Maynard.

He is survived by his wife, of 46 years Gay Fallin, his children, Amanda (Jonathan) Pollard and Katherine (Matthew) Hill, his niece, Stefanie (Brandon) Hall and nephew, Steven (Jacqui) Stallings, his grandsons, Harrison and Andrew, his great nephews, Brayden, Deacon and Landon, his sister, Connie Maynard and his mother-in-law, Alma Maynard as well as many nieces, nephews and close friends and family.

He leaves behind an outdoor loving, dare-devil, hell-of-a-time legacy. His shining example of unconditional love and unwavering support of his wife and family will continue to serve as an anchor for his family for many years to come.

Graveside services will be held at Collinsville Cemetery at 10:00 AM on Tuesday, September 20, 2022, officiated by Rev. Dr. Cherie Fry.  A time of visitation for family and friends will be held on Monday, September 19, 2022 from 6:00 PM to 8:00 PM at Meador Funeral Home of Whitesboro.