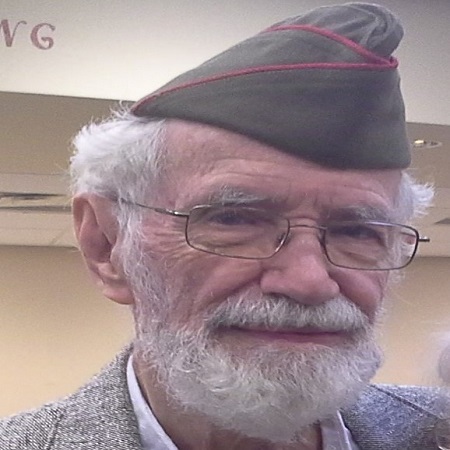 William Joseph Bomer, 96, of Whitesboro, Texas was called home to his Heavenly reward on Sunday, April 26, 2020.

Bill was born on May 18, 1923 in Ames, Iowa to Francis Alfred and Bonnie (Buchanan) Bomer.  He was raised virtually next door to Westminster Presbyterian Church, where he was involved until going overseas for combat during World War II.  Bill was part of the U.S. Army’s 45th Infantry Division, which landed in North Africa and battled up through Sicily, Italy, France and Germany.  After the war, he attended Pittsburgh-Xenia Seminary in Pennsylvania (now Pittsburgh Theological Seminary).  After his ordination as a Presbyterian minister, he was called to pastor his first church in Ewing Nebraska.  His next pastorate was in Oklahoma City, where he joined the Oklahoma National Guard.  In 1960, he returned to active duty as a United States Army chaplain, and in 1961 he was assigned to serve in South Korea.  His tour of duty in Korea was extended from 13 months to 16 months due to the Berlin Wall crisis.  He left the military as a Lieutenant Colonel.  He returned home to continue his work in the ministry, subsequently pastoring in churches in California, Iowa and Texas.  After the passing of his wife, Virginia, he married Lola Bowman in 2007.

He was preceded in death by his parents, Francis and Bonnie Bomer and his first wife, Virginia Bomer.

He will be interred beside Virginia at the Santa Fe National Cemetery in New Mexico.