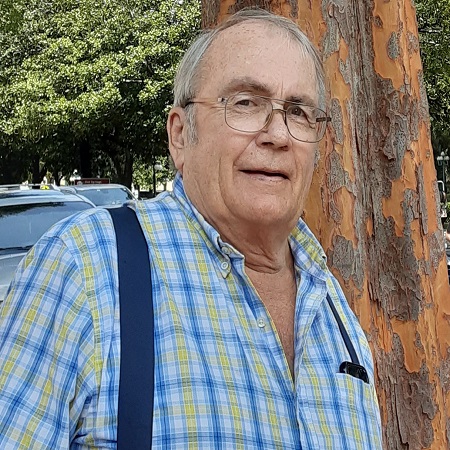 Robert Louis Bollinger, 74, of Whitesboro, Texas was called to his eternal home on Wednesday, November 10, 2021.

Bob was born on December 16, 1946 in Camden, New Jersey to Walden Pearson and Marion (Ahlers) Bollinger.  In 1967 Bob went to work for Bell Telephone in Pennsylvania, he retired from Qwest communications in Portland in 1997 as a project manager for the fiber optics division.  He married his high school sweetheart Jackie Brettell in Kukuiolono Park, Kauai, Hawaii on April 16, 2002.  Bob was an accomplished craftsman from boyhood.  He excelled at woodworking and building model ships and airplanes.  He loved making wooden toys for his grandsons, Miles and Spencer.  He was a member of the Portland Ship Modeling Club from 2004 until 2014. Bob and Jackie moved back to Texas, residing in Anna until his move to Whitesboro in 2017.  Bob loved adventure. He enjoyed making and flying remote control aircrafts. He loved hang-gliding, and in his 30’s and 40’s he built and flew small aircraft. He was also an accomplished Ham Radio Operator; his call sign was KB7TTY.  Bob’s motto in life was “To do a common thing, uncommonly well”.

Bob was preceded in death by his parents, Walden and Marion Bollinger, and sisters, Patty Bollinger and Joan Benzie.

A memorial service honoring Bob for a life well lived will be held at 11:00 AM on Saturday, November 20, 2021 at First United Methodist Church in Whitesboro, officiated by Rev. Chad McSwain. Cremation arrangements are under the direction of Meador Funeral Home.  Bob’s final resting place will be at Lake Billy Chinook in central Oregon, overlooking Mount Jefferson.