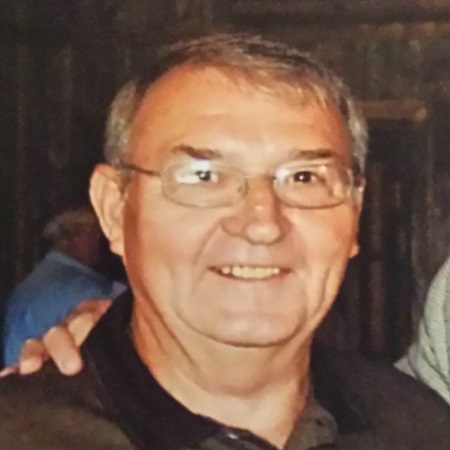 Funeral services will be conducted by Pastor Mark Wascom at the Gainesville Bible Church, 601 N. Radio Hill Road, Gainesville, Texas at 2:00 p.m. on Saturday, September 12, 2020.  Family visitation will be 1 hour prior to the service and a celebration of life will follow.  Interment will be at the Dallas Forth Worth National Cemetery at 9:00 a.m. on Monday, September 14, 2020.

He was the first- born son of John Robert Cannady and Linda Louise (Thornton) Higginbotham Cannady arriving on the 27th day of December 1938, in Jacksonville, Florida.

His life was one of service to the United States of America:

First, Bob joined the United States Air Force August 1956 after graduating high school at Robert E. Lee, Jacksonville.  Boot Camp was at Lackland AFB, San Antonio, Texas.  He was then transferred to Amarillo AFB, Texas where he completed Aircraft and Jet engine school.  He was sent to Loring AFB, Maine in January 1957 where he worked on B-52 aircraft as part of the ground crew.  January 1959 he was transferred to Bergstrom AFB, Austin, Texas, where he met Sandra Lou Williams, who was enrolled at the University of Texas.  They married on the 5th of May 1959 in Bastrop, Texas and were blessed with four children.  They were married over 45 years, when she passed away after a long illness on November 7, 2004.  While at Bergstrom he cross trained in Command and Control career field.

January 1967 he was transferred to Silk Purse Control Group, Mildenhall RAFB, England.  He flew the Airborne Command Post thru December 1969 when he was transferred to Barksdale AFB, Bossier City, Louisiana.  In January 1971 he was sent to the 7ACCS Udorn, Thailand where he flew 96 combat missions with the 7th Airborne Battlestaff Command Control EC-130 Aircraft, (ABCCC).  In January 1972 he was transferred to 3ACCS, Grissom AFB, Indiana and flew as Airborne Battlestaff Controller (SAC).  He received orders in December 1973 for Blue Eagle Airborne Command and Control, Camp Smith, Hawaii. After his tour in CINPAC Command Center he flew Standboard Team 1 on Blue Eagle until June 1977.  He was transferred back to the 7ACCS at Keesler AFB, Mississippi where he flew EC-130 as Aircraft Controller.  In October 1979, he transferred to 50TFW, Hahn, Germany as NCOIC of 50th TAC Fighter Wing Command Post.  He then transferred to 8th Air Force Headquarters, Barksdale AFB, Bossier City, Louisiana in October 1980.  He retired in September 1985 after serving 29+ years with the rank of Chief Master Sergeant, E-9.

Bob’s second career was with the Federal Emergency Management Agency (FEMA) as an Operations Specialist (GS-12) serving in the FEMA MERS, Denton, Texas.  He spent the next 20 years supporting disasters throughout the United States after Presidential Declarations.  He retired in June 2007.

After that retirement he was offered a disaster only position driving the Mobile Disaster Recovery Center vehicle.  A forty-foot RV with all equipment to set up a disaster center, communications, telephones, FAX and KU band satellite.  MDRC was a one-man operation and “jack of all trades to” keep everything operational.  Retiring from this position in August 2011.

Bob married Marti In June 2006, and was blessed with his inherited family of Marti’s children.  As a couple, they traveled to Canada, Hawaii, Alaska, Washington DC, Costa Rica, Australia/New Zealand, Moselle/Rhine river cruise, Caribbean cruise, the Great Wall and Terra Cotta Warriors in China.  The most memorable trip was a tour to Italy, Switzerland, Austria and the opportunity of attending the Passion Play in Oberammergau, Germany, and numerous cross-country ventures in the United States.

Bob enjoyed his hunting trips at the deer lease with his buddies; elk and deer hunts with his step-son Chris in Arizona and his annual fishing tournament with his brother-in-law, Don at Sam Rayburn.  He was a marksman in his own right, earning him the nickname of “Bullet”.  He was known to have never met a stranger and always had the gift to get a “deal” when a purchase was being transacted.  He was loved and will be missed by all.  Everyone recognized him by his deep pleasant voice and his, “Hey Baby”.

Bob is survived by his brother Roy and wife, Jan, Florida; his 4 children from his deceased wife, Sandra; Kim Robbie, JoLynne and Kristina, Texas; 3 grandchildren; 2 great grand-children; sister-in-law Kara Gail and her husband, Don, Texas; cousin Buddy and his daughter, Melinda and her husband Sonny, Florida.

He was preceded in death by his father, John Robert Cannady; his mother, Linda Louise (Thorton) Higginbotham Cannady; his wife of 45 years, Sandra Lou Williams; sister Linda and her husband, Jack Stephenson.

In lieu of flowers, donations in his honor would be greatly appreciated to Gainesville Bible Church, the Frank Buck Zoo in Gainesville; or any organization that provides emergency assistance in disaster relief.