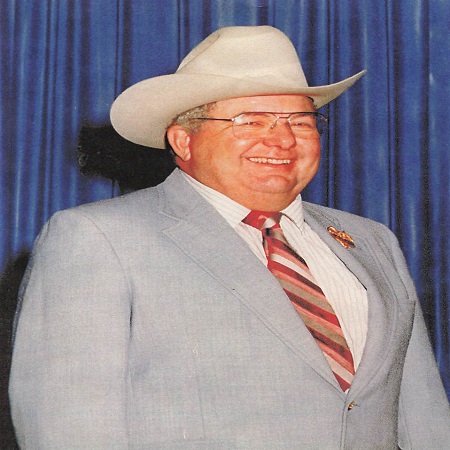 He was born in Valley View, Texas on November 30, 1931, to William Tommie Carson and Minnie Leona (Tidwell) Carson.  Ray never married but has an extended family.   He graduated Valley View High School in 1949.  Ray then went to college at Texas A & M, NTU, and East Texas State.  He graduated with a Bachelor’s degree in Agriculture Education and Master’s Degree in teaching and Vocational Agriculture.  Ray was in the Army from 1954 – 1956 as a radio operator using Morse code.  He was stationed in Texas, Verdun and France.

Ray started teaching Biology in 1959 at Garland High School and began his career as a Vocational Ag teacher in 1960 at the same school.  While teaching Ag, Rays’ students showed animals at livestock shows in Dallas, Fort Worth, San Antonio, and Houston, as well as in their own local show in Garland and in other surrounding areas.  They also showed in National Shows in other states.  In addition to livestock showing, Ray trained judging teams in leadership, radio, parliamentary procedure, meat, and dairy.  They participated in contests at all levels, winning a national contest on meat judging.  Ray’s students learned many things that helped them in their careers-public speaking, record keeping, leadership skills, etc.

Ray received many awards and was honored many times throughout his career.  He was President of VATAT (Vocational Ag Teachers Association of Texas) 1978 – 1979 and Named Who’s Who Among American Teachers in 1992.  Many of his students became Ag teachers themselves.  Ray also counseled students and helped them think things through at difficult times in their lives.  He was also known as the “VATAT Ice Cream King”.  Ray served as a Superintendent of livestock shows in Dallas, Fort Worth, and Houston for many years

Ray retired from teaching in 1990 and began a second career as farmer/rancher with his brother on the family farm.  These years consisted of work, enjoying family, and traveling around the US via travel trailer-the longest trip being Alaska.  He enjoyed tours with the Texas Ag Extension Service to many states to see different farming methods.  He also enjoyed judging local shows around the state.  Ray was known to his family and friends as quite a prankster, playing jokes on us all-but sometimes the table was turned on him.

Ray retired a second time in 2014 when he and his sister-in-law decided it was time to call it quits and all the cattle and equipment were sold.

Ray was preceded in death by his parents and his brothers, T.J. Carson, and Larry Carson.