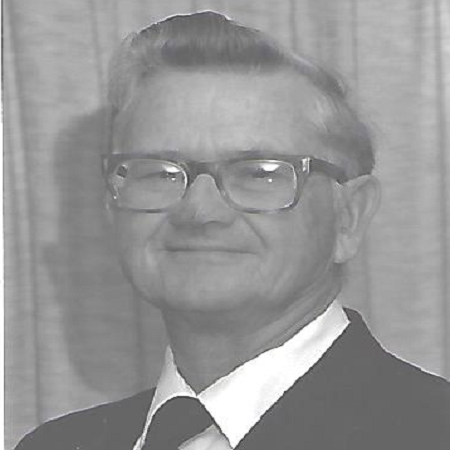 Randall was born in 1930 to Earl Lee Thetford and Minnie Lea (Meyers) Thetford in Gatesville, Texas.  By age 10, he had made a profession of faith and began preaching by 17.  It was during his time in college that he met and married Priscilla Keel of Stanford, Texas, the love of his life that was by his side for nearly 70 years until she passed away in December 2020.  Blessed with four children, Randall led his family around the United States and the world with mission and ministry work.  Serving in California, New Mexico, Arizona, the Philippines, Guam, and Texas, Randall took the word of God to those he met along the way.

Randall, though scarce with outward affections, always ensured his family was safe and healthy.  Whether it was the time he stared down revolutionary guerillas in the Philippines, preparing to take on a cattle-killing bear in New Mexico, or sucking the snake venom from his granddaughter’s foot, Randall was a protective figure for his family.  His children lived for his humorous stories or silly moods.  When the children complained of being hungry between meals, they quickly learned that his serious offer of a “pine float” was simply a glass of water with a toothpick floating in it.

Randall is preceded to heaven by his wife, Priscilla and after 17 years he is reuniting with his daughter Randa.

He is survived by his daughter, Grace Lacene Stussi (Ralph); daughter, Ranell Williams; and son, Timothy Thetford.  He is also survived by nine grandchildren and many great-grandchildren who loved their visits to Grandma and Grandpa Thetford’s farm and the sounds of Bonanza on the television.

In lieu of flowers memorials may be made to your local Alzheimer’s association (act.alz.org) or Mission Dignity (missiondignity.org). Mission Dignity provides assistance to retired pastors and their spouses.

Funeral services honoring Randall will be held at 2:00 PM on Tuesday, October 12. 2021 at Meador Funeral Home of Whitesboro, officiated by Rev. Derrick Roberts.  A private family interment will follow at Dixie Cemetery.  There will be a time of visitation for family and friends held one hour prior to the service at the funeral home.