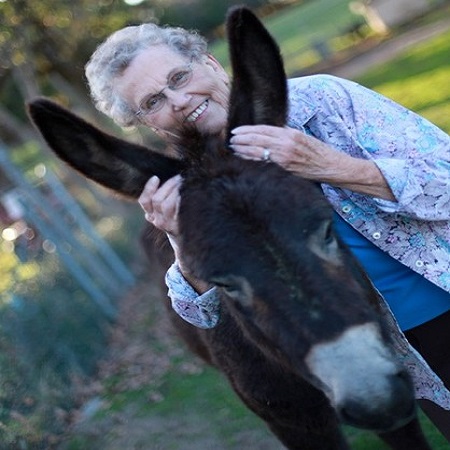 Priscella Lee (Keel) Thetford passed from this life on December 5, 2020 in Whitesboro, Texas.  Her surviving husband, Randall Lee Thetford, was at her side.

Priscella was born on December 17, 1931 in Stamford, Texas (Haskell County) during the Dust Bowl days.   She “pulled cotton” and plowed fields to help her family while she was still a pre-teen.  As the eldest of four sisters, she helped her mom in the house and later drove the tractor for her dad. She was a helper.  Randall and Priscella fell in love at Christmas time while caroling at Howard Payne College in Brownwood, Texas.  She can best be described by her role as wife and partner during the following seven decades of love and commitment.  In marriage, Priscella and Randall accepted a life of ministry for Christ (with Southern Baptist Missions), which carried them from a Spanish-language ministry in Winslow, Arizona to an Ilocano-language ministry on the Philippine island of Luzon. Later, the Thetfords served as missionaries on the island of Guam before returning to minister in Coeur d’Alene in Idaho, the Rio Grande Valley of Texas, and finally, Grayson County.  At times, she served as the Church Secretary, typing Sunday bulletins and running the mimeograph machine, while putting four children to bed.   She worked a variety of jobs to support the family and ministry: as a florist, a librarian, and a substitute teacher.  She even sold Mary Kay.  She will be best remembered as a mother, who gave attention to her children selflessly and as a grandmother, who took great joy in giving to anyone with need.  She sewed clothes for her own children from infancy to high school, and in her later years, she devoted countless hours crocheting caps and baby bonnets for orphan children in Africa. She never stopped. In those last years, she might best be recognized as the “egg lady” of Whitesboro, where she carefully gathered, sorted, sold, and delivered fresh eggs from the back of her Buick Skylark.  True to her Depression-era roots, she modestly stored the proceeds in a jar, which later financed a car for her on.

In passing, Priscella is survived by her husband, Randall, and three children: Lacene and Ralph Stussi (Peachtree City, GA), Timothy Allen Thetford (Cholula, Mexico), and Lois Ranell Williams (Lynden, WA).  The greatest sorrow of her life was the tragic loss of her eldest daughter, Randa Lynn Jordan, in 2004.

She left numerous grandchildren and a busload of both great and great-great-grandchildren.

In lieu of flowers memorials may be made to your local Alzheimer’s association (act.alz.org) or Mission Dignity (missiondignity.org). Mission Dignity provides assistance to retired pastors and their spouses.

A socially-distanced graveside service will be held at 2:00 p.m. on Sunday, December 13, 2020, at Dixie Cemetery, in Dixie (just north of Whitesboro on Highway 377).