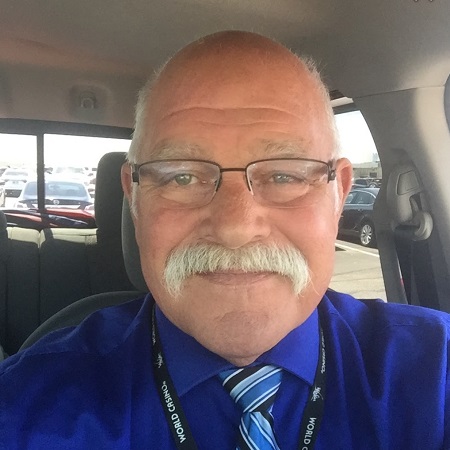 Michael Dale Hughes, 63, of Collinsville, Texas was called to his eternal home on Friday, November 1, 2019, surrounded by his loving family.

Mike was born on March 24, 1956 in Bridgeport, Texas to James Celtyn and Virginia (Forsythe) Hughes.  He married his wife of 40 years, Dianne Acker on July 28, 1979 in Bridgeport.  Mike was a custom home builder in the community for years.  Later, after retiring from the construction business he became a manager at WinStar World Casino and retired from WinStar operations.  He enjoyed fishing, painting, watching football and anything that involved his grandchildren.  He was a huge Longhorns fan.  Mike loved and cherished his wife, his children and his grandchildren.

He is survived by his wife, Dianne Hughes of Collinsville, daughter, Misty Roberts and husband, Chet of Collinsville, son, Micah Hughes and wife, Krystil of Bryan, grandchildren, Alexis, Makenzie and Addyson Roberts and Cora Hughes, nieces, Nicole Malicoat and Jennifer Cass, as well as numerous other family members.

Mike was preceded in death by his parents, James and Virginia Hughes and brother, Jimmy Celtyn Hughes.