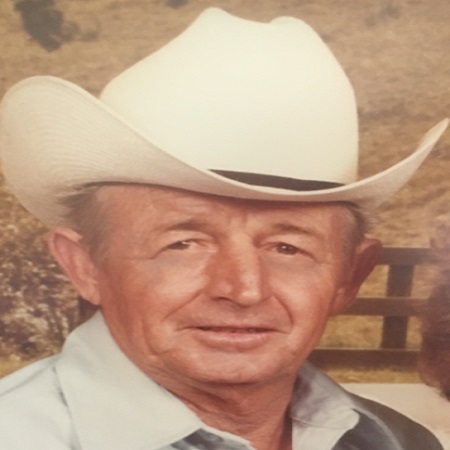 Mearl James “Shorty” Wainscott, 93, of Whitesboro, Texas was called to his eternal home on Monday, December 16, 2019.

Shorty was born on August 21, 1926 in Stuart, Oklahoma to Charles Edward “Pete” and Annie Mae (Cross) Wainscott.  He married Jacqueline “Jackie” Palmer on July 1, 1946 in Stuart, OK, they moved to Whitesboro in 1954 to make their home and to live the rest of their life there.  His favorite hobby was working and he began that hobby at the young age of 7, retiring from the workforce at 82, being self employed most of his life.  He loved his family and the Lord.  Shorty enjoyed raising longhorn cattle.

He was preceded in death by his parents, Pete and Annie Mae Wainscott, wife, Jackie Wainscott and son, Jerry Wainscott.

Funeral services honoring Shorty will be held at 10:00 AM on Thursday, December 19, 2019 at Meador Funeral Home of Whitesboro, officiated by Elder Thomas McDonald.  Interment will follow at Oakwood Cemetery in Whitesboro.  A time of visitation will be held for friends and family on Wednesday, December 18, 2019 from 6:00 PM to 8:00 PM at the funeral home.