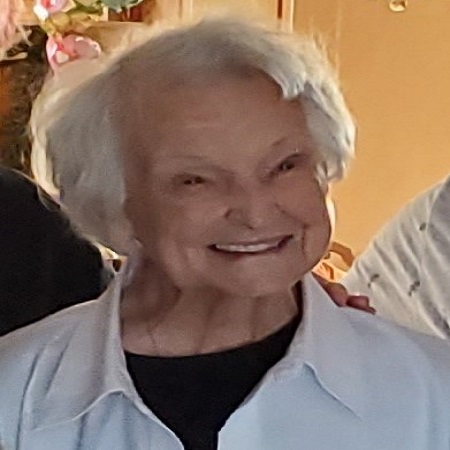 Margrete Mary Wiggins, 99, of Whitesboro, Texas was called to her heavenly home on Friday, March 27, 2020.

Margrete was born in Humphrey, Arkansas on February 15, 1921 to Benjamin and Nellie (Stone) McWhorter.  She married Joe Lee Wiggins on January 25, 1956 in Reno, Nevada.  Margrete loved to travel and loved meeting people.  She was a hairdresser and cosmetologist, receiving advance training in Paris, France.  She lived and worked as a supervisor of hairdressing in England for four years.  She had a love of art and was an accomplished artist in her own right.  She loved her children and her family dearly.  Her mission in life was to serve people.

She was preceded in death by her husband, Joe Lee Wiggins, parents, Benjamin and Nellie McWhorter, and daughter, Patricia Dice, brothers, Douglas and Vernon McWhorter and sister, Lena Nelson.

Funeral services honoring Margrete will be held at 1:00 PM on Tuesday, March 31, 2020 at Meador Funeral Home of Whitesboro, officiated by Pastor Tim Robinson.  Interment will follow at Oakwood Cemetery in Whitesboro.  A time of visitation will be held from 6:00 PM to 8:00 PM on Monday, March 30, 2020 at the funeral home.

Due to the new federal guidelines in place the funeral will be for immediate family only, visitation will allow for 10 people in the building at a time.