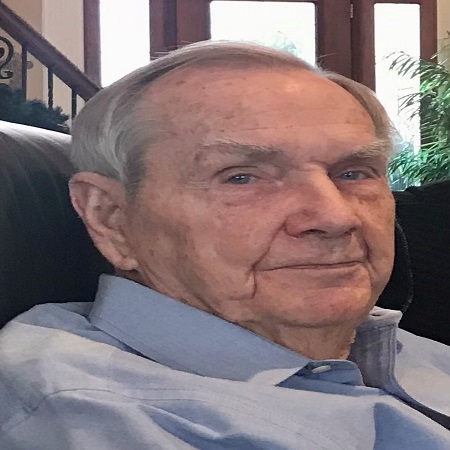 Loyd Gibbs Jr. passed away on July 10th, 2022, at his daughter’s residence in Arlington with his family by his side. Funeral service will be held on Monday, July 18, 2022 at 10:00 am at the Temple Baptist Church, Gainesville, Texas with Bro. Brady Martin and Bro. Eddie Chennault officiating with burial to follow at the Fairview Cemetery. Visitation will be Sunday, July 17, 2022 from 2:00pm-4:00pm at Meador Funeral Home Chapel, 1204 E. California Street, Gainesville, Texas

Loyd Gibbs Jr. born to Walter Loyd Gibbs Sr. and Corda Mae Gibbs on December 31, 1936, in Graham Texas Hospital weighing 16 pounds. Loyd Gibbs Sr. and Corda Mae Gibbs moved from Graham to Gainesville where he attended Gainesville High School and graduated in 1955. Loyd met Bettie Jane Amyx in 1956 and married August 2, 1958. Loyd served in the army from November 1958 – February 1961. Loyd and Bettie had two children, David and Donna Gibbs and adopted Bill Gunnells in 1974. Loyd graduated from the University of North Texas with a bachelor’s degree in business in 1974. Loyd was an active member of Temple Baptist Church. He worked as the Director of Gainesville Boys Club from December 1971 to December 1981 where he touched many lives. Loyd was self-employed in the oil and gas industry where he became a prominent member in the industry.

Loyd is preceded in death by his beloved wife Bettie Gibbs and his foster son Bill Gunnells.

Loyd is survived by his son David Gibbs and his wife Kim Gibbs; daughter Donna Noto and her husband Martin Noto; 6 grandchildren and 8 great-grandchildren. He is also survived by several extended family members.