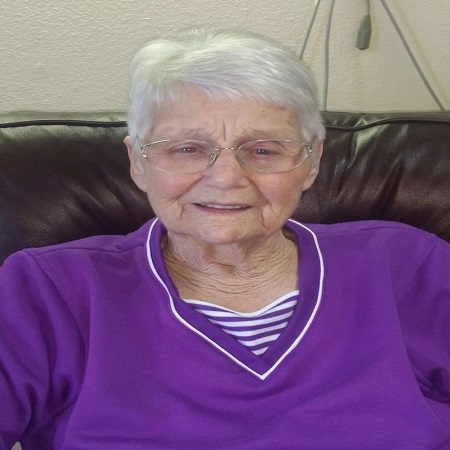 Joy Fern Gibson Evans, 95 of Linden, Texas formerly of Gainesville Texas was welcomed in the arms of her heavenly father on October 5, 2022.  She was born on January 1, 1927, in Arkinda, Arkansas to Garman Grider and Grace (Johnson) Grider. Joy was a member of Westminster Presbyterian Church of Gainesville.

Funeral service will be held on Saturday, October 8, 2022, at 1:00 pm at Meador Funeral Home Chapel, 1204 E. California Street, Gainesville, Texas. Visitation will begin an hour before the start of the service. Interment will be at Fairview Cemetery, Gainesville, Texas. Reverend Darrell McIntyre officiating.