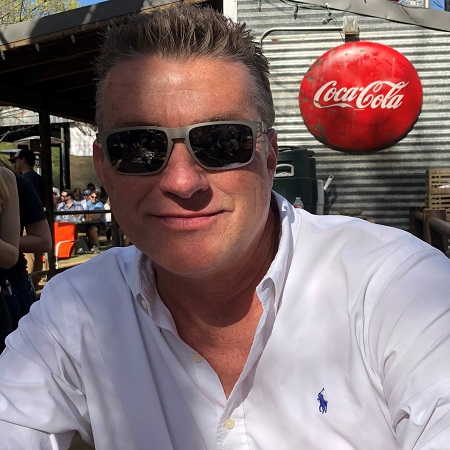 John Edward Swanson, a resident at Rock Creek Resort, passed away unexpectedly on May 12, 2020 at the age of 57 while playing pickleball with his friends.

John was born in Tulsa, Oklahoma on December 1, 1962 to Paul and Lois Swanson. He graduated from Oklahoma City University in 1985 with a full ride scholarship for baseball. Throughout his life he was a club pro at multiple country clubs. The most prestigious of which was Gleneagles. He was a stock broker at Merrill Lynch before opening his first company Swanson Shutters. Realizing he had a passion for historical restoration, he became a project manager at Phoenix I. His father, PK, always said “If you’re going to do something, do it for yourself.” In 2009 he started his own company, Everest Construction. The company that will be his legacy.

John was an avid golfer and would remind everyone, “He was club champ.” Though Everest filled the piggy bank, “golf was his ‘real’ job.” Another of his other favorite things was Oklahoma Sooners football, John would passionately yell at the TV like no other. One of the many aspirations of his was to be a sports announcer. He would frequently pause the TV after a huge play, and say “Didn’t I just say that?”

His love for his wife and his children was immeasurable and he took great pride in being a husband and father.

A service will be held at John and Michele’s home in Rock Creek Resort on Sunday May 17, 2020 at 1:00 PM. Flowers and condolences may be offered at 154 Palmilla Drive, Gordonville TX 76254