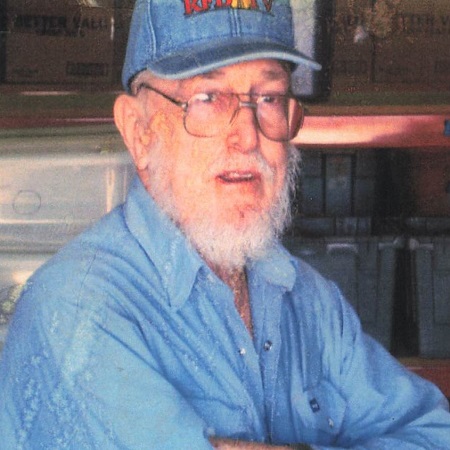 Eugene Robert Bentley, 95, longtime resident of the Era Community, was called to our Lord on March 5, 2022, at his home surrounded by family.

Eugene, known to many as Eudie, was born December 3, 1926, to Robert and Della Bush Bentley on the family farm, homesteaded by land-grant from Texas Governor Hogg. Eugene went to school via horse and buggy at Era School, graduating in 1944. After graduating, Eugene answered the call to serve in the US Army in 1950 and was deployed with the 4th infantry division to Germany in 1951 as the first of five divisions deployed to support the new NATO alliance. Their main duties included ordnance clean up from WWII and beer drinking. A story he always liked to tell was once he was directing traffic while smoking a cigar. His Lieutenant drove up and commanded him to get rid of the cigar. He respectfully did and pulled out his chewing tobacco and filled his jaw. He offered his lieutenant some, of which he accepted then told Eugene not to let anyone see you spit and then drove off.

Upon honorable discharge from the army, he returned home where he met and married a fiery red head named Nancy Idell. They were married November 6, 1954 and settled on the family farm where he bought a dairy farm from his brother and ran it along with crop farming until 1985. He continued his passion for animals by trading in his Holsteins for Angus which continues today. In his later years he loved to ride around looking at them on his Gator. Not many people can say they cut cattle in a lot on a Gator, well Eugene did it. Eugene loved going to the feed store in Era on that Gator to talk. Eugene loved talking to people about cows, weather, and politics. Whoever would stop on the side of the road was the best.

Eugene was also a man to serve. Eugene was one of the founding members of the Era Volunteer Fire Department, help purchase the first truck then spending evenings building the first tanker truck along with many volunteers, in a local barn. Eugene served as president of the Era Community Club, on Era School Board, Era Cemetery Association, Eugene was a member of First Presbyterian Church in Gainesville where he served as a ruling Elder.

Eugene was a dedicated family man that never missed any event where his kids were involved. Even milking cows twice a day for years, he never missed an event his kids were in, no matter the distance to drive. Football, basketball, livestock shows, school performances, he was always there. Eugene loved all events in the Era community, from the Christmas Parade, burgers on the 4th of July Fire Dept celebration and especially the Fire Department Fish Fry. He loved making his special peanut brittle and donating it for auction. Eugene also loved to carry his brittle around to give to any friend he met. During the Era Centennial celebration in 1978, Eugene won the ugliest beard award, something he was very proud of and never shaved again.

Eugene was preceded in death by his mother and father, brother and sister-in-law C.L and Emma Bentley, brother Jack Bentley and sister and brother-in-law Crystal and Ted Hughes and daughter-in-law Jana Bentley.

In lieu of flowers, the family request Memorial contributions be made to the Era Volunteer Fire Department, the Era Cemetery Association and Hospice.